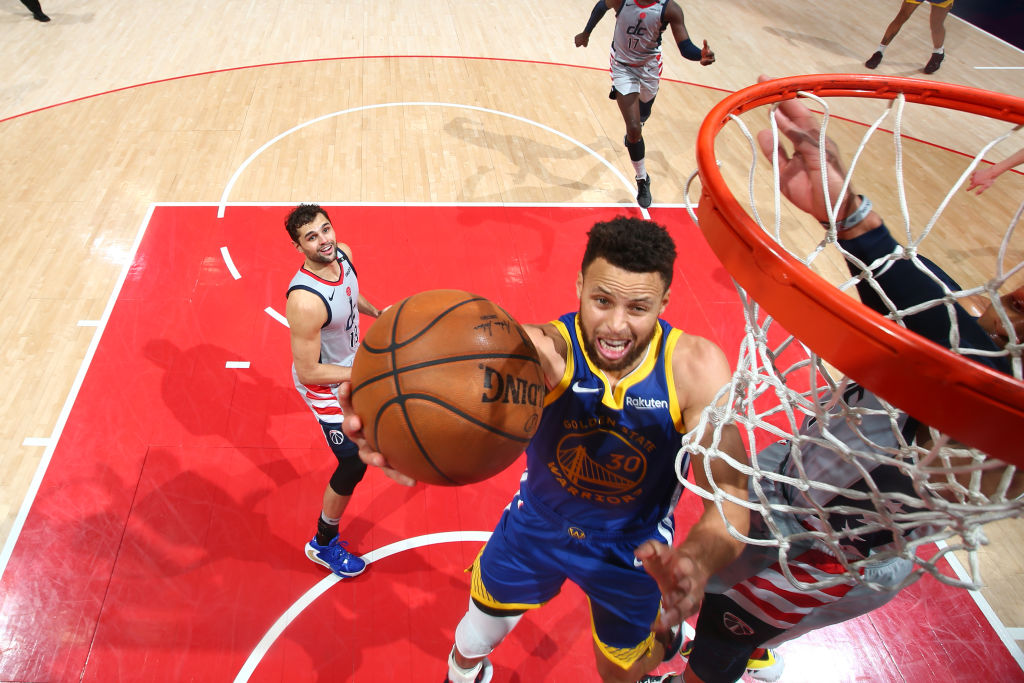 The NBA’s hottest storyline finally came to an end this week as Stephen Curry’s 11-game streak of scoring 30 or more points was snapped in a 118-114 loss to Washington on Wednesday night.

After peaking at averages of over 40 points per game for the month of April, Curry finished with one of his worst shooting performances of the season scoring only 18 points on 7-25 shooting. His 2-14 numbers from beyond the arc was his season worst.

After the game, Steph reflected on his flame throwing stretch.

“It was a great run,” Curry said after the game. “It was something that hadn’t been done before.”

“It was going to end at some point. Now you got to start another one. So it’s just a matter of the next-play mentality. Just try to get rejuvenated when we go home — to do it home, road, some big games, put a streak together. It was a special ride, for sure. And never really get too hyped up on individual streaks or accolades like that. There were some historical names that I was able to pass. And doing something at this age was pretty special.”

Curry became the first player to surpass the 30-point plateau in 10 consecutive games since the late Kobe Bryant did it back in Dec. 2012. He’s now the oldest player in NBA history (33) to drop 30 points in 11 straight games after lighting up the Philadelphia 76ers for 49 points earlier this week.

Despite his cold shooting against the Wizards, Curry is still shooting lights out overall for the month of April, averaging 40.8 points on 54.9 percent shooting.

Steph will have a chance to start a new streak when the Warriors face MVP frontrunner Nikola Jokic and the Denver Nuggets on Friday.

It will be the first time the Chase Center will be allowing fans in the arena since the restrictions put in place because of the COVID-19 pandemic.