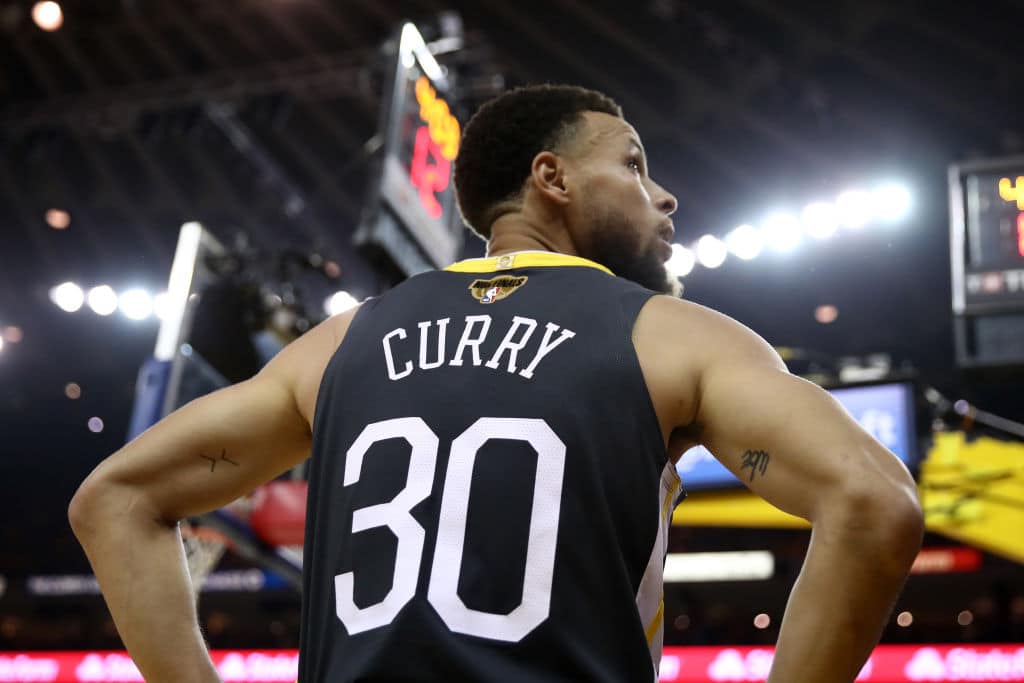 Stephen Curry can’t help but “laugh” at those who doubt Golden State can truly contend for an NBA championship next season.

Having lost Kevin Durant to free agency, and fellow All-Star Klay Thompson not expected back anytime soon as he recovers from a torn ACL, Curry says the Warriors won’t change their approach.

The Dubs, who’ve reached the Finals in each of the last five years, have eight new players on their roster.

“I just laugh at it,” Curry said during his second annual Warriors All-Girls basketball camp in Oakland on Monday afternoon. “Anybody can say anything about anything nowadays and it can pick up steam. So we’ve had lots of support. We’ve had a lot of criticism on the way that doesn’t change now. Just what they’re saying is different so doesn’t change how we go about our business.”

In recent weeks, Curry and the [All-Star guard D’Angelo Russell] have been working out around the Bay Area with Curry’s trainer Brandon Payne, a practice the two-time MVP believes will help during the season.

“It’s just a matter of really trying to get guys comfortable with the system, be able to highlight the different skill sets that we have and different strengths and the chemistry,” Curry said.

“It will take a little bit of time and a lot of hard work, but like I said, we have a lot of high IQ guys from our core and a lot of leadership and commitment to what we do, so starting in the training camp and beyond, you have to have a mindset that you will continue to get better as the season goes on.”