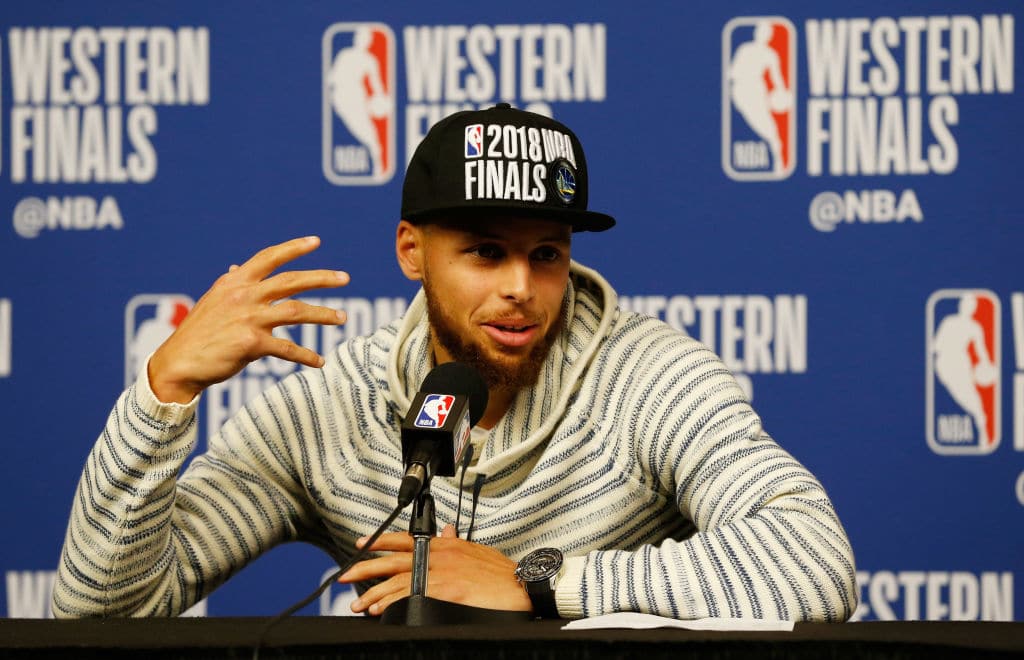 The NBA Finals MVP trophy is one of the few awards to have eluded Stephen Curry during his illustrious career, but he’s not losing any sleep over it.

“It took to the second question of my first media availability (of the 2018 Finals), so I’m pretty sure that narrative’s going to take life, as it has since 2015,” Curry said. “But it doesn’t make or break my career or whatever you want to say looking back. If we win this championship and I don’t win Finals MVP, I’m going to be smiling just as wide and just as big.”

George Hill is the Cavs’ point guard now. He’s the same size as [Kyrie] Irving but considered a better defender, though the analytics say Irving was (much) better on defense this season. Curry didn’t play at all in the first round this year because of a knee injury, and is averaging 24.8 points and 4.9 assists this postseason. He’s riding an NBA record 86-game streak in the playoffs with at least one 3-pointer.

“I’m going to play aggressively, confidently with that right energy and motivation to help my team win,” Curry said. “And usually when I’m in that mindset, good things happen, whether that means it’s a Finals MVP or not, who cares, but I’m going to be playing like it for sure.”