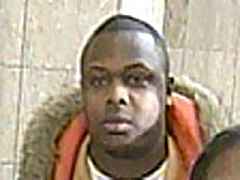 I don’t have much to say about this other than to point out some interesting logic. Stephen Jackson claims he shot his gun in the air on that fateful night as a way to break up a brawl. Um…. ok Wyatt Earp. “Where I’m from, ‘dump’ means pull out your gun and shoot.” Well then, you should definitely do it.

The most unbelievable part of this whole episode is that Mr. Jackson’s behavior and reasoning is actually more sound than the other person involved in the story, Deon Willford. As you may recall, Deon hit Stephen with his car. His lawyer has the nerve to say “Mr. Willford, in fear of his life, in fear of his cousin’s life, does what the average reasonable person would have done.” WHAT?!? Running someone over with your car in self-defense is reasonable?

My head hurts. I need to see a re-enactment of the whole night.