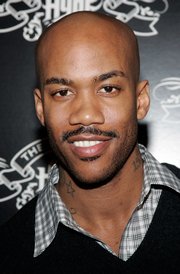 -According to SI, David Stern might swoop in and settle the messy Eazy Yi/Milwaukee situation himself.

“I’ve heard (Stern) wants to get this resolved,” said one Eastern Conference GM who wished to remain anonymous. “I’m not sure what he can do exactly, but I do know he has ways of getting what he wants.”

Careful, Yi. Stern is not one to be messed with.

-Kevin Durant, in case you were wondering, is a big fan of the hi-five.

(Speaking of supportive teammates, Andre Iguodala is visiting with fellow Sixers at the Vegas Summer League. I’m willing to bet Iverson never did this sort of thing.)

-Morris Peterson cannot wait to get out of Toronto. He met with Jazz execs today.

“I’m going to their facility (Monday morning) to talk with ownership, general manager Kevin O’Connor and people on the coaching staff and in the front office,” Peterson said. “Since I have some control as a free agent, I really want to play with a winner, like the Jazz, and with a team that believes in me.”

-Jason Maxiell is on an amazing diet. I think it’s called “Don’t Eat. Ever!” The guy has reportedly lost 30 pounds since the Pistons’ season ended. Unbelievable.

-And finally for today, we take a look at Starbury’s newest venture: children’s books. Is there anything this man can’t do? (Via: CSTB)