Steve Kerr: Curry’s Return is a Springboard Into Next Year 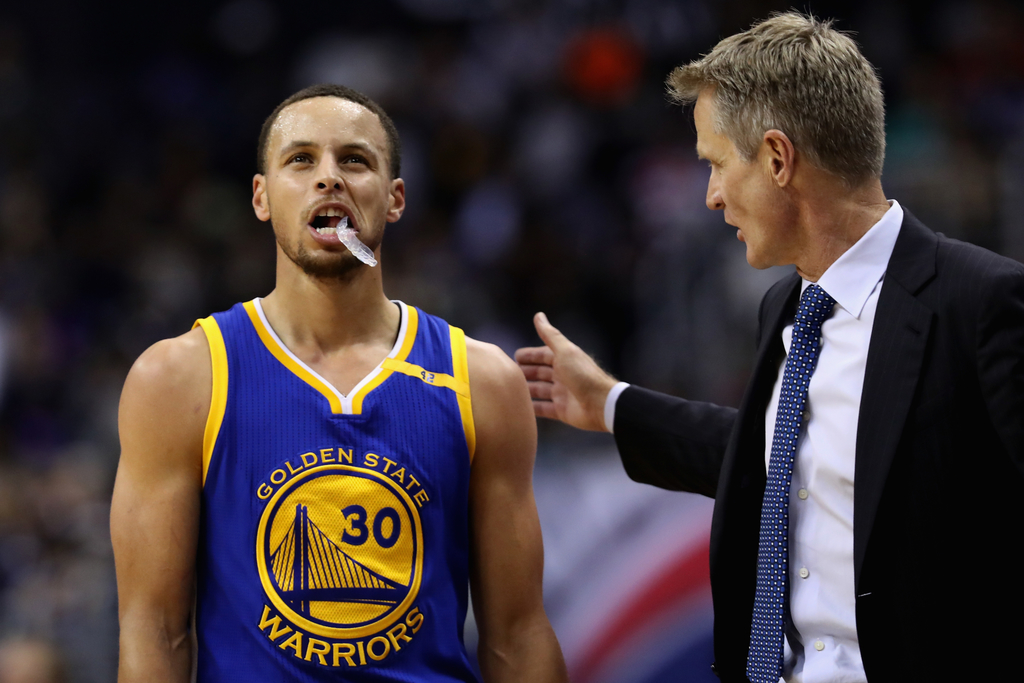 Stephen Curry finally returned to the court for the Golden State Warriors on Thursday night. While that was exciting enough on its own, Warrior coach Steve Kerr said it’s the start of something bigger.

Curry, who had his playing time managed throughout the loss to the Toronto Raptors, scored 23 points in 27 minutes. He shot 6-of-16 from the floor, while also dishing out seven assists and grabbing six rebounds. Overall, Curry looked like himself out there.

Following the game, Kerr said that Curry’s return is “sort of the beginning to next season.” Kerr went on to speak about getting some clarity towards what next year’s team is going to look like. He mentioned the next step is getting Klay Thompson back next year, but that the “last 20 games are really going to be a springboard into next year.”

To start the 2020-21 season, the Warriors expect to have Curry and Thompson joining Draymond Green and newly-acquired Andrew Wiggins in the starting lineup. Golden State will be in the market for a center, but will also have holdover Kevon Looney under contract. That’s a nice foundation to build from.

In addition, because of all the injuries this season, youngsters like Eric Paschall, Jordan Poole and Ky Bowman have seen a lot of minutes. Those three have flashed a lot of potential as future rotation players. The Warriors also locked up Marquese Chriss and Damion Lee to partially guaranteed contracts for next season. Golden State made lemonade out of lemons this season, and that may end up tasting real sweet next season.