Steve Kerr: ‘I’ve Learned How to Be a Better Coach’ 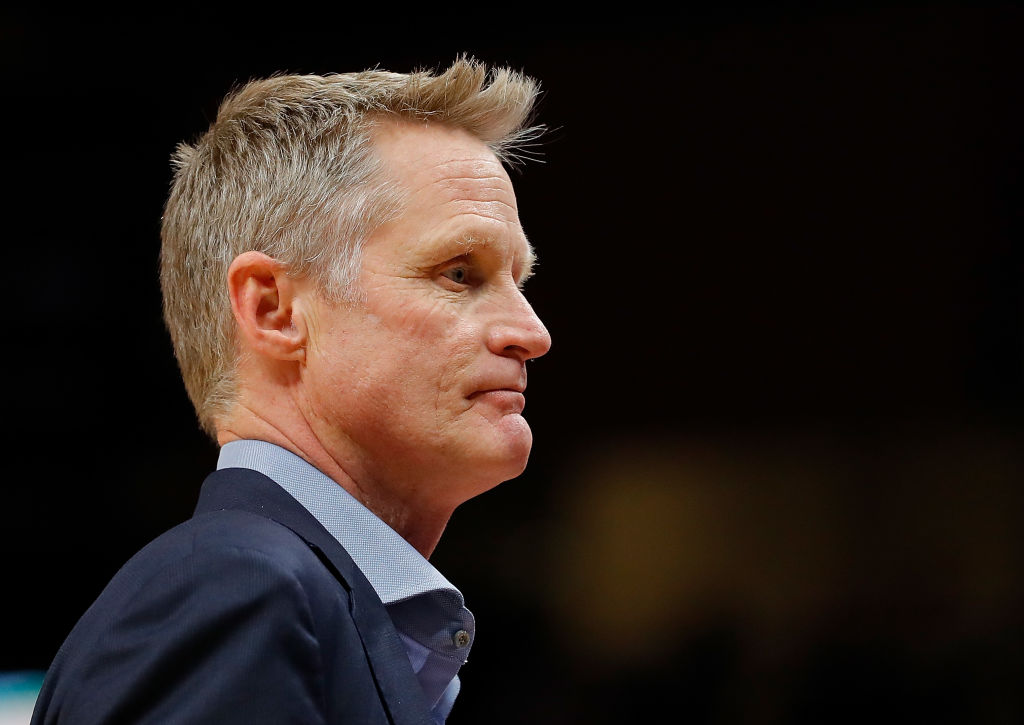 Steve Kerr has “learned how to be a better coach” during this nightmare of a season for the Warriors.

Golden State currently owns the NBA’s worst record at 4-18, and Kerr says he’s focused on “teaching and developing young players” instead of wins and losses.

Prior to their present injury-plagued predicament, the Dubs had enjoyed five consecutive years of being No. 1 in the Western Conference, winning three NBA titles along the way.

“I think I’ve learned how to be a better coach, honestly,” Kerr said. “I haven’t had to coach a situation like this and it’s a good reminder that every circumstance is different, every year is different. The last five years, we’ve been a championship contender, so it meant that I had to manage the team through the season, prepare for the playoffs and try to get guys rest when we could. This is much more about teaching and developing young players.”

Kerr lost 15 games in his first regular season with the Warriors, 15 more in his third season. The Warriors won the NBA title in each of those years.

This season, they’ve already passed that 15-loss mark — with about 75% of the season left to play. Golden State wasn’t planning to push the reset button this season but found itself with no choice.

“I’m lucky. I’ve got a great staff,” Kerr said. “Mike Brown and Ron Adams have really helped me this year because they’ve both been through this before, coaching really young teams that have struggled. And I’m learning a lot myself. It’s a good dynamic for my own career, to go through this and to feel it.”