Steve Kerr: LeBron and MJ Are the ‘Two Best Players I’ve Ever Witnessed’ 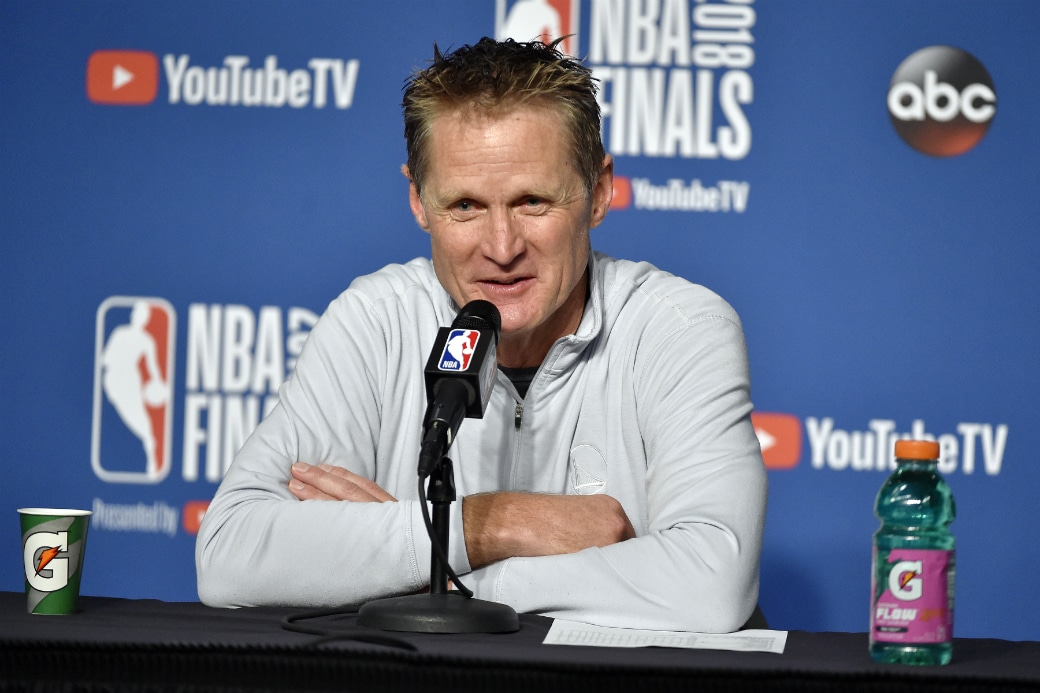 For four straight years, the Warriors have had to battle one of the greatest to ever play the game — LeBron James — in the NBA Finals.

Though Golden State cruised to the 2018 title, The King averaged 34 points, 10 assists, and 8.5 rebounds in the series.

Steve Kerr was asked afterwards how tough it is to game plan for and go up against James.

“He’s terrifying, he really is,” he responded.

The Warriors coach and former player went on to address the LeBron vs. Michael Jordan debate: “It’s such a difficult question to ask. All I know is, they’re the two best players I’ve ever witnessed.”

Kerr and Jordan were teammates on the Bulls in the 1990s.

RELATED
Warriors Celebrated 2018 Title With More Than $400K of Champagne 🍾