Steve Kerr: Luka Doncic ‘Sure Looks Like an All-Star’ 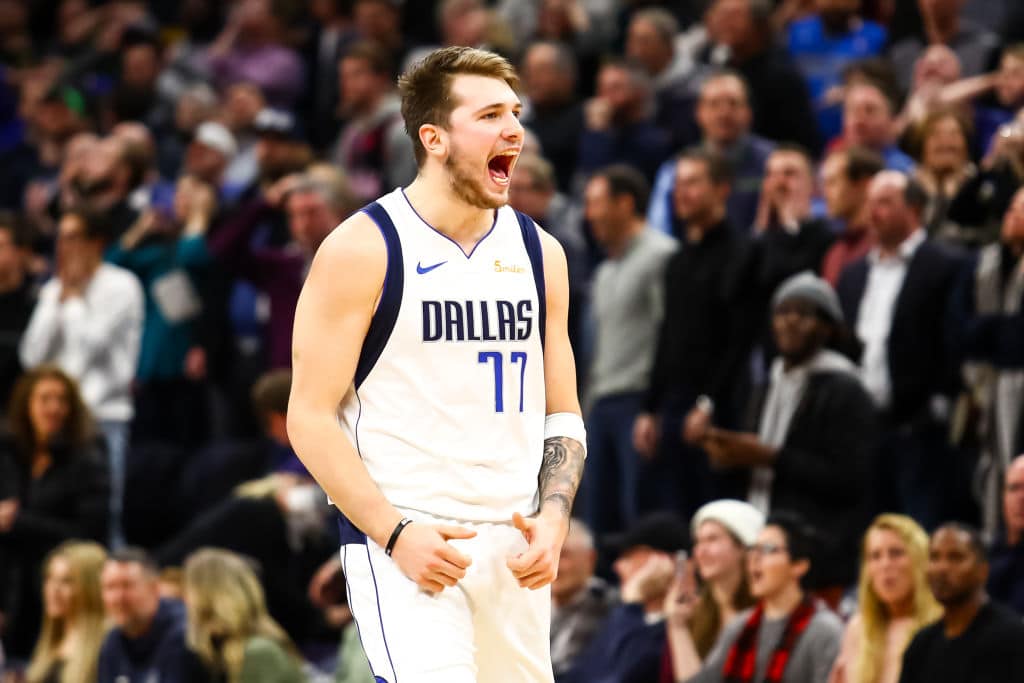 The 19-year-old finished with 26 points, six rebounds and five assists Sunday night in a 119-114 home loss to the Golden State Warriors.

Steve Kerr pre-game still talking about @luka7doncic and his @NBAAllStar chances. “Whether he makes it or not, he’s an All-Star.” #MFFL #Mavs #DALvsGSW #GSWvsDAL pic.twitter.com/bwe924VdNi

Stephen Curry, after dropping 48 points on the Mavs, said Doncic is an “unbelievable” talent.

“He’s unbelievable,” Curry said of Doncic. “You can tell he’s just experienced in terms of playing high-level basketball. A guy that’s always at his own pace. I’m sure he had heard all the doubters and people talking about his game who really didn’t know much about him, and he’s made himself known for sure. It’s fun to watch in terms of the future of the league.”

The Warriors have been singing Doncic’s praises all season, having already seen him three times this season, but it was Warriors coach Steve Kerr who took that praise to a higher level prior to Sunday’s game.

“The guy doesn’t look like a rookie,” Kerr said Saturday. “I didn’t know much about him, I never saw him play until we played Dallas the first time or watching him on TV before that, but he is confident beyond where you would expect somebody in his shoes to be, coming from a different country and being 19 years old. He’s a brilliant player. I think he’s already an All-Star. I don’t know how the vote’s going to shake out, but he looks like an All-Star player to me.”

“I haven’t really done the math,” Kerr said. “I haven’t gone line by line. So I probably threw that out there without truly doing my homework. I do have a vote for reserves. I think what I meant to say is he sure looks like an All-Star. So whether he makes it or not, he’s an All-Star. Certain guys just stand out. You see what they do, you see what they mean to the game. And if he doesn’t make it this year, he’s going to make it soon enough.”