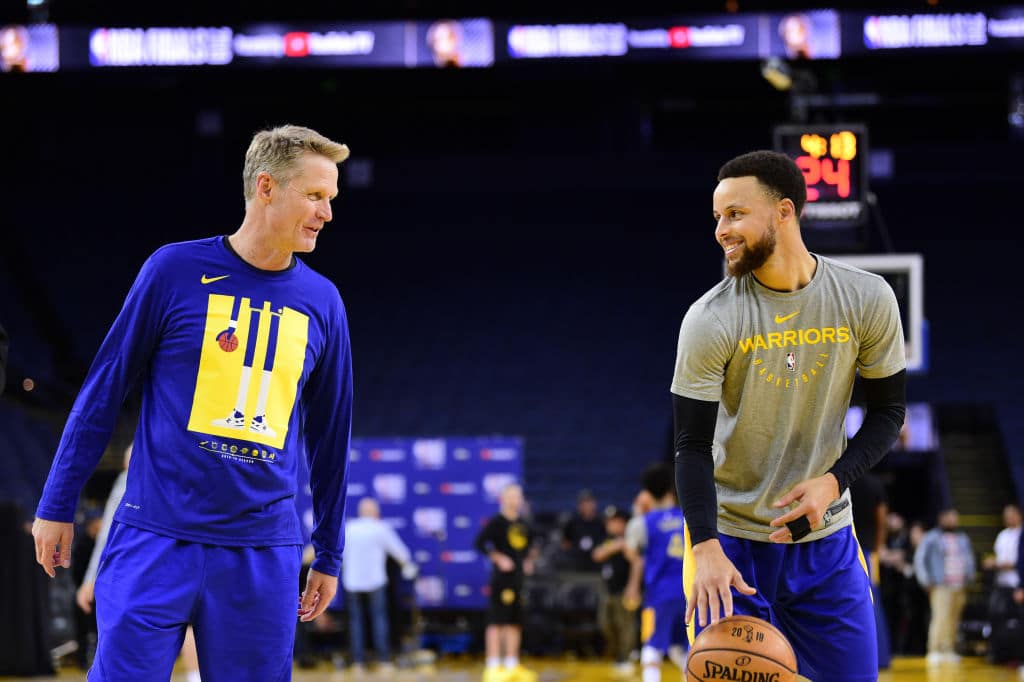 Stephen Curry is at “his peak physically, mentally,” according to Warriors head coach Steve Kerr.

Curry will have to carry a much heavier load for Golden State this season, and Kerr believes “he’s ready to have a great year.”

The 31-year-old, two-time MVP says there’s no need to change his leadership style for a reconstructed Dubs squad.

“Just the usual,” Kerr said after Sunday’s practice. “I’m not looking for anything different than what he’s done for five years, but what he’s done is pretty special: two MVP’s and a perennial top-five player. He’s had an incredible camp. To me, he’s at his peak physically, mentally. He’s seen every defense that people have thrown at him now during his career, and he’s ready to have a great year.”

Kerr believes Curry, who averaged 27.3 points a game last season while leading the Warriors to their fifth consecutive Finals appearance, has all aspects of his game coming together at the right time.

“Because it’s the perfect time physically and mentally where everything’s come together,” Kerr said, explaining why he feels Curry is in his prime. “He’s in his prime age-wise, strength and conditioning-wise and defensively he’s seen everything that’s come his way. Teams have played him every possible way that you could think of, and he’s had years now to work on counters. So he’s kind of in his sweet spot right now, and he has been the last couple years. And hopefully that continues for the next few years. But he’s an amazing player.”

Before training camp began, Curry said he understood that it would be key for him to bring the younger players along this year.

“I don’t have to change who I am as a leader,” Curry told ESPN. “I think it’s more so just about awareness and understanding what this team needs specifically in the details to help us be successful. Incorporating D’Angelo [Russell], who is going to be great for us. Building that chemistry between myself and him in that backcourt and some of our young guys who are going to need to contribute at a very high level for us to be successful and just helping them along however I can. But I’ve always been a leader by example. Be vocal when necessary and that’s just who I am, that’s how I continue to lead, but it’s all about just having an awareness of how this team is different than teams of past and embracing that.”