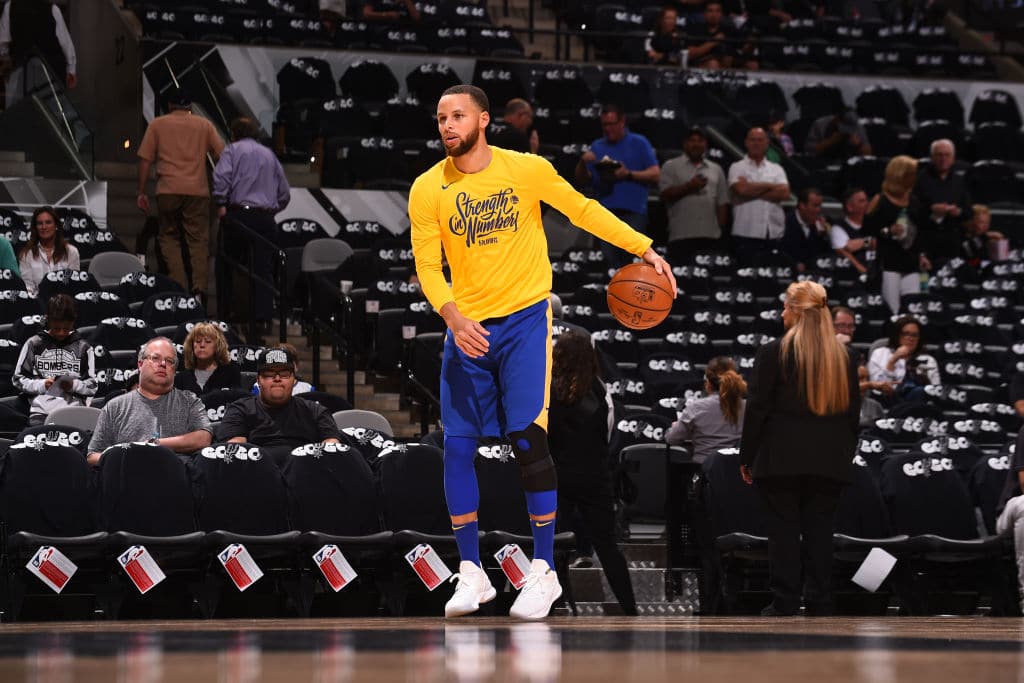 Curry has “looked good in practice,” according to Kerr, but no timetable exists for the superstar guard’s return to action.

Golden State holds a 3-1 series lead against the San Antonio Spurs and the New Orleans Pelicans await in round two of the playoffs.

“Steph is not going to play anytime soon,” Warriors coach Steve Kerr said. “But he’s come along well and has looked good in practice.”

The Warriors cleared Curry to participate in modified practice beginning on Saturday. Then, Curry completed all of the team’s non-contact drills as well as a shooting workout. Curry would need to advance to a full contact practice before returning, but he could reach that goal before the Warriors reevaluate him on [Sunday].

“I can’t put a timetable on it,” Kerr said. “But I think he’s coming along well. He’s really feeling healthy and getting better. He still has a few limitations he’s trying to work through with no pain. I think he’s on track.”