Steve Kerr: ‘We’ve Got to Get Back to Being a Top-Five Defensive Team’ 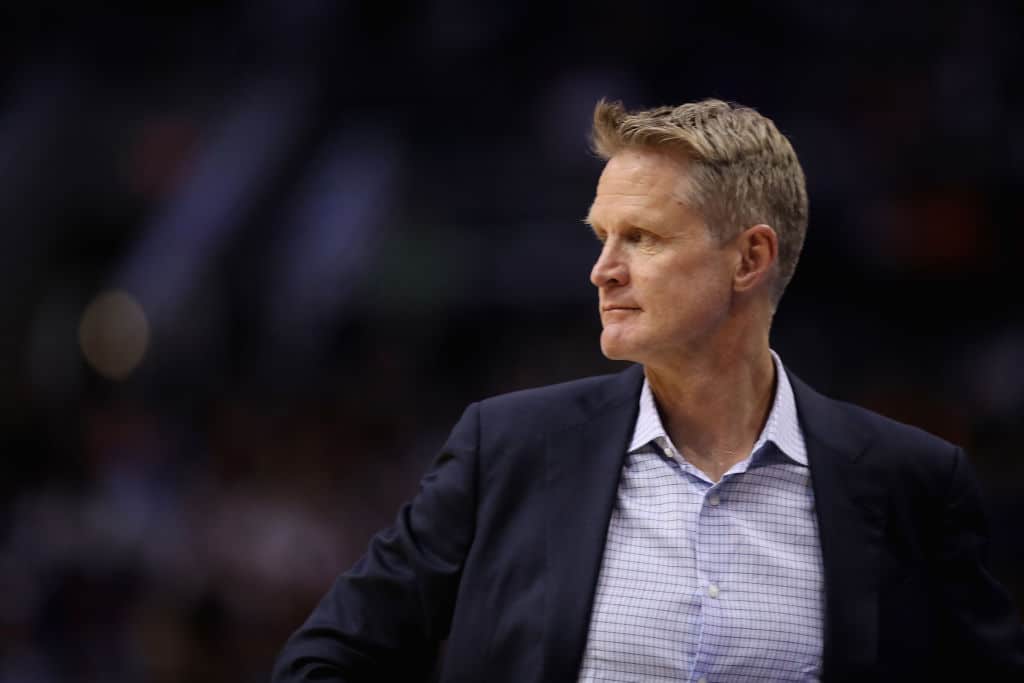 Warriors head coach Steve Kerr says the defending NBA champions need to “get back to being a top-five defensive team.”

Kerr recently blew up at his team over a “pathetic effort” in a loss to the Indiana Pacers, but says his words were poorly chosen.

“My main message is we’ve got to defend,” Kerr said before the Warriors’ 117-100 win over the Suns. “We’ve got to get back to being a top-five defensive team. I probably chose my words poorly in Indianapolis. When I said they didn’t care, that didn’t mean that they didn’t ‘care.’ What that meant to me was they didn’t box out. They didn’t get in the passing lanes. They didn’t compete at a high level. But when you say someone doesn’t care, that can be interpreted as maybe you’re questioning their character.

“I think everybody knows how I feel about our guys. They’re an amazing group, and they’re a championship group. So I probably chose my words poorly. But what I’m trying to remind my guys of is in order to win in the playoffs, you better be defending at a high level — and for the most part this year, I think we have, but the last eight, nine games, we have not. It’s not just that simple that you can flip the switch. That’s why I snapped. But you guys know me. I usually break two clipboards a year and yell at the team once, so my quota is now used up.”

Kevin Durant agreed that the Warriors’ defense has been up and down.

“We can be a lot better, and that’s the good part about it,” Durant said after Golden State’s win Sunday. “I think it’s more so talking it out, preparing the right way, seeing how we’re going to guard different actions. We’ve got smart guys in this room who are physically and mentally up to the challenge. We might have had some struggles here lately, but for the most part, I think we’ve got guys that know exactly what we need to do when Coach puts the game plan together.”