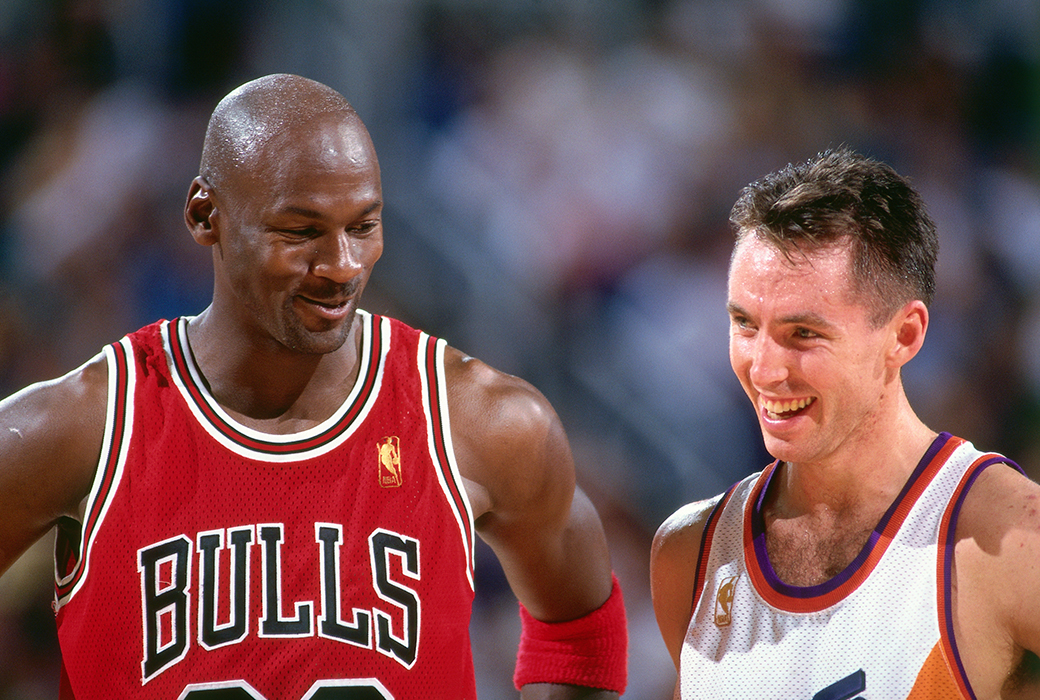 Steve Nash played against Michael Jordan four times when MJ was with the Bulls. And each time, according to Nash, “there was a real fear playing against him.”

While guesting on SHOWTIME’s “All That Smoke,” Nash described how Jordan had “a seriousness, a competitiveness and fire” that could crush an opponent (starting at 16:39):

“Playing against him, the one thing that I think that he was unlike any other player I’ve played against is that there was a real fear playing against him. I’ve never seen the League be kind of fearful of a player or have that much reverence for a player.

“No matter who has come since then… That was a different feeling when you’re playing Mike. There was such a seriousness, a competitiveness and fire in him. And there was a fear of how that was going to manifest itself potentially on any given night.”