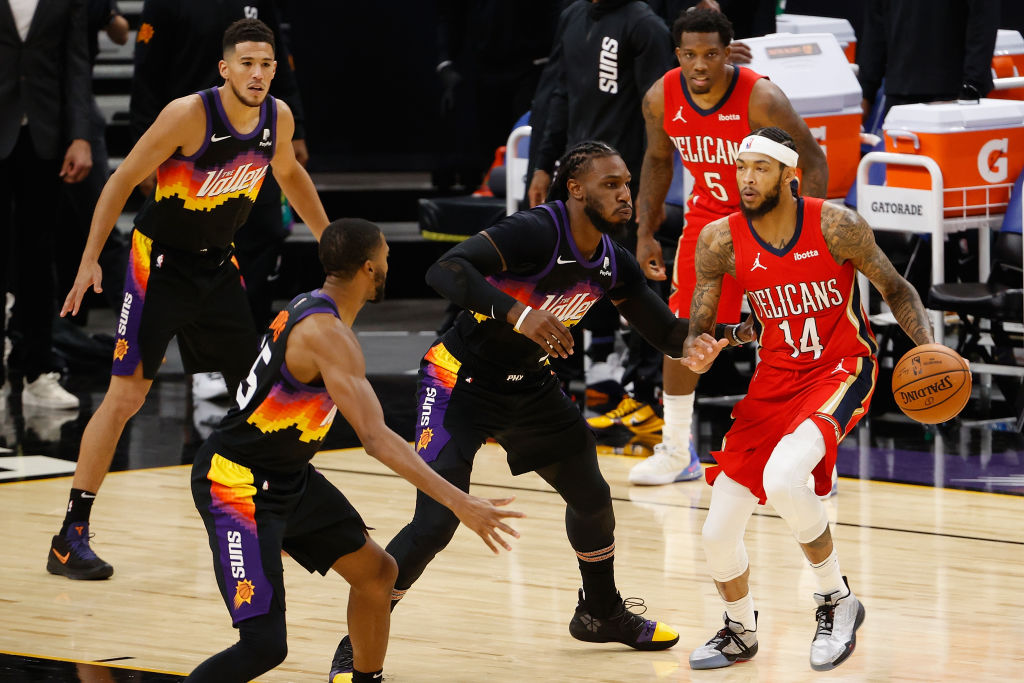 The Phoenix Suns quietly made one of the most shrewd moves of the offseason, bringing in 35-year-old point guard Chris Paul to provide a veteran presence and be a heady playmaker for their young group.

Now, with a 6-2 record that’s tied with the Los Angeles Lakers for the best in the Western Conference, the Suns have emerged as legitimate playoff contenders for the first time since 2010-11. They may even be seen as Conference Finals contenders if they sustain their level of play.

Speaking to reporters hours before their matchup with the Toronto Raptors, Suns forward Jae Crowder says that one of Phoenix’s goals is to have the league’s best defense.

They’re already well on their way to doing that and with quite a few strong defensive players — including Paul, Crowder, Cam Johnson and Mikal Bridges — they should be an elite defensive team for multiple seasons.

The Suns are clearly one team that fans should keep their eye on and finally seem to be turning the corner from promise to production.