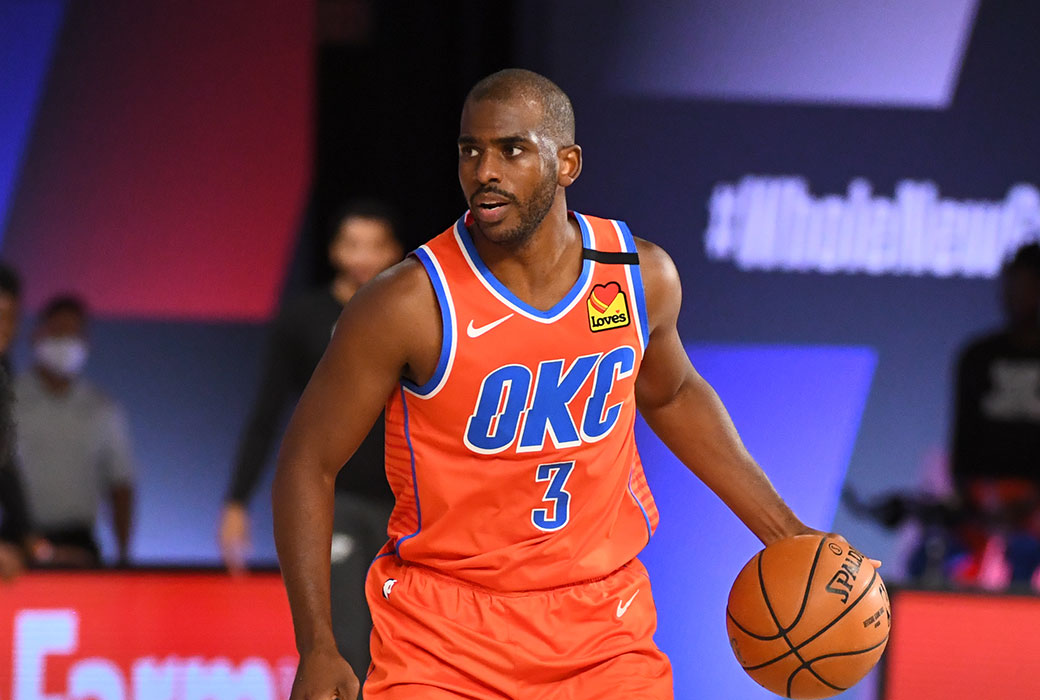 The Phoenix Suns are finalizing a trade to acquire Chris Paul from the Oklahoma City Thunder, Adrian Wojnarowski of ESPN reports. Headed to the Thunder will be Ricky Rubio, Kelly Oubre and more.

Additionally included in the Oklahoma City-bound package are Ty Jerome, Jalen Lecque and a 2022 first-round pick. Abdel Nader is reported to be heading to Phoenix.

The acquisition of Paul signals a serious commitment to winning now for the Suns. Devin Booker’s squad went undefeated in the bubble but still missed out on the playoffs in the West.

With Booker back in 2020-21, Deandre Ayton about to begin his third NBA campaign and now the addition of a future Hall of Famer in Paul, the team’s ceiling is the highest it has been in years.

The Suns had options to take back Paul’s $40-plus million contract and ended up acquiring CP3 as an over-the-cap team. As a result, the inclusion of Oubre was necessary.

Paul will now play for his fourth team in four seasons after spending last year leading a resurgent Thunder squad to the postseason. He spent the 2018-19 season with the Houston Rockets and was a member of the Los Angeles Clippers before that.

Paul’s arrival in Phoenix will reunite him with head coach Monty Williams. Williams was Paul’s coach during part of his tenure with the New Orleans Hornets (now Pelicans).