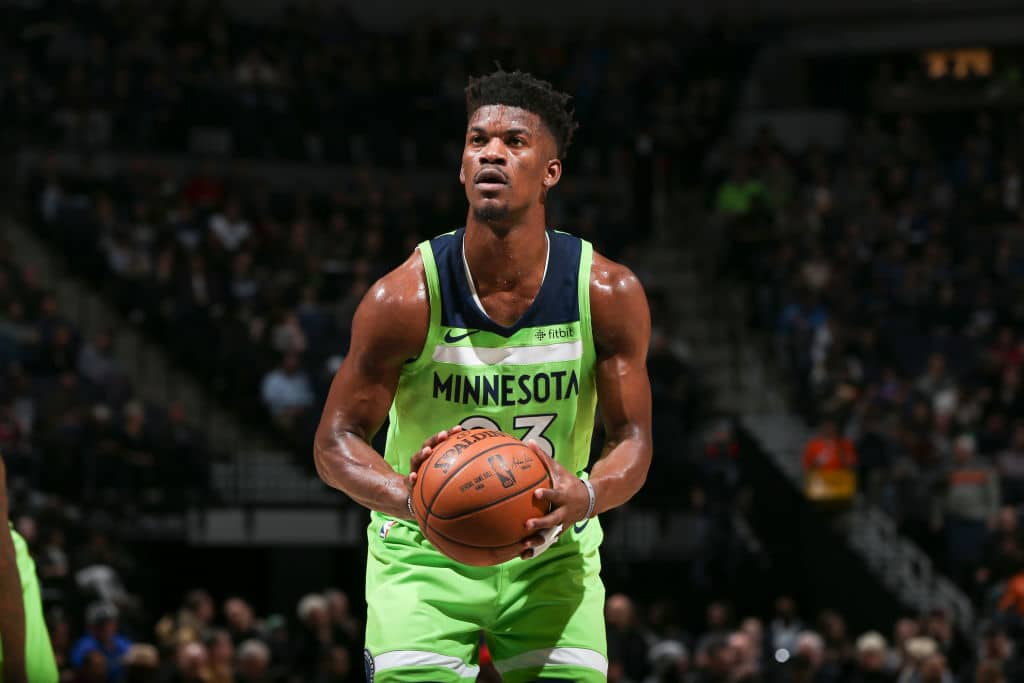 Glen Taylor reportedly wants to grant Jimmy Butler‘s wish to be traded from Minnesota, and to do so quickly.

The owner of the Timberwolves, however, appears to be at odds with his own front-office, which wants to take a much more cautious approach with the disgruntled All-Star guard.

Taylor and Butler both would prefer a deal to be completed prior to Tuesday, the team’s first day of practice.

So far, few franchises, if any, are engaged in serious conversations with the Timberwolves on Butler, sources said. But the list of organizations interested in talking further with Minnesota is significant, league sources said: Brooklyn, Detroit, Houston, the LA Clippers, Miami, Philadelphia, Portland and Sacramento are among the teams interested in probing for deals.

So far, Pat Riley and Miami have been as aggressive as any team, league sources said.

“The owner’s trading him,” one board of governors source told ESPN. “That was made clear. It’s just a matter of when.”

“He basically said, ‘If you don’t get anywhere with [Layden] and you’ve got something good, bring it to me,” another high-ranking league official told ESPN.

Related
Report: Jimmy Butler Will Not Be Available to Play at Outset of Training Camp