Terry Rozier Says He Had No Rift With Kyrie Irving 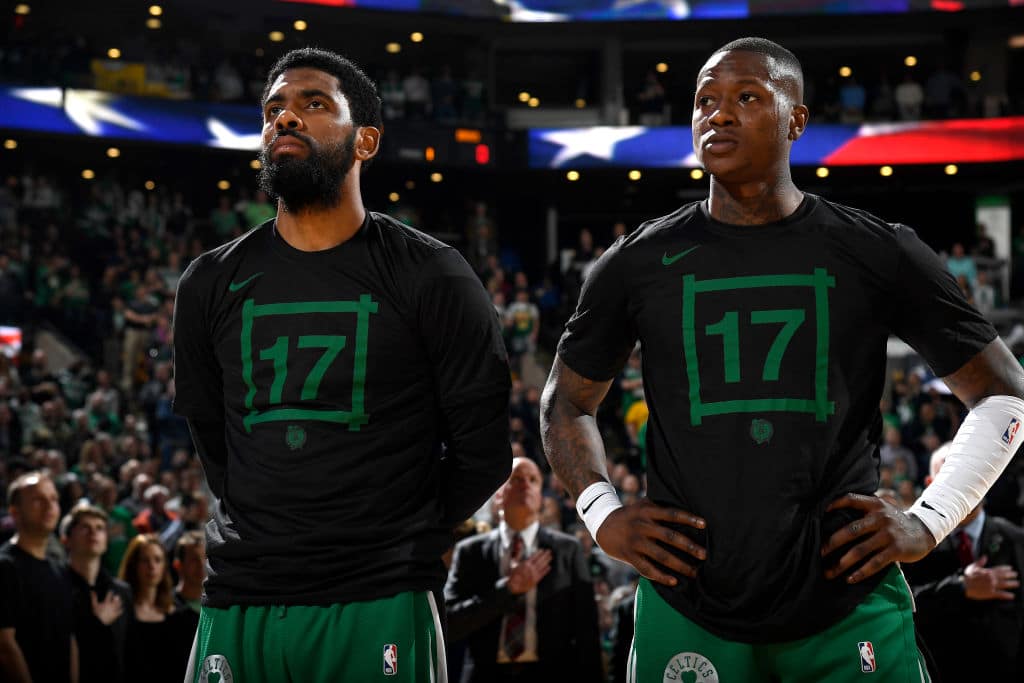 Terry Rozier and former teammate Kyrie Irving are no longer in Boston, but Rozier says there were no issues between the two point guards.

Rozier was a big fan of Irving prior to him being traded to the Celtics, and tried incorporate elements of the All-Star’s game into his own.

The 25-year-old got out from under Kyrie’s shadow by joining the Charlotte Hornets as a free agent this summer.

Rozier was playing pickup basketball in Miami a couple of days before the trade along with Celtics teammate Marcus Smart and Irving. “Who knew that Kyrie, two days later, would be on our team?” Rozier said. “It kind of hit me out of nowhere.”

Rozier labeled himself a fan of Irving even before they became teammates. He recommended that a rookie Jaylen Brown enjoy watching Irving play whenever the Celtics played Cleveland.

“I’m going to sit right here and have the best seat in the house, and I’m going to watch him do his thing,” Rozier said. “And I was a fan like that. But, of course, I still wanted the Celtics to win. But that’s just me loving the game. And it was just like, Oh let me see what I could take from his game and see the type of person, see how wired he is.

Related Terry Rozier: ‘I Sacrificed the Most Out of Anybody’