Thanks to Kobe’s ‘Selfishness’, the Mavs Can Beat L.A. in Playoffs 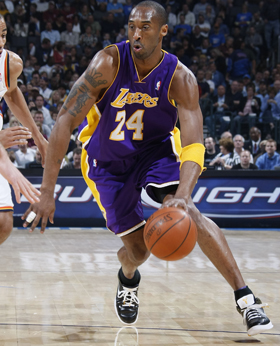 Um, that’s according to Ryan Hollins of the Mavs, a man who has played in a whopping 18 games this season, and clocked about 9 minutes per.

Hollins, appearing on a sports radio talk show, gave the Lakers (and their leader) some great motivational material should the two squads meet in the first round of the postseason.

The Dallas Morning News has the details:

Hollins went so far as to provide some insight on how the Mavs could succeed as an 8 seed against the Lakers, whom he acknowledged were the team to beat. The key: Take advantage of Kobe’s selfishness.

“Kobe Bryant is one of the greatest players in the game, and I think sometimes he has issues trusting his teammates,” said Hollins, who probably saw a lot of Lakers games while playing college ball at UCLA. “Maybe we catch them off guard, kind of get Kobe into playing a little one-on-one or doing a little too much, I think we’ve got a shot at them definitely.”

As the local reporter helpfully points out in the post, Hollins has yet to log a single Playoff minute in his life. Should he get the opportunity this year, one can’t help but feel that it won’t be a pleasant experience.