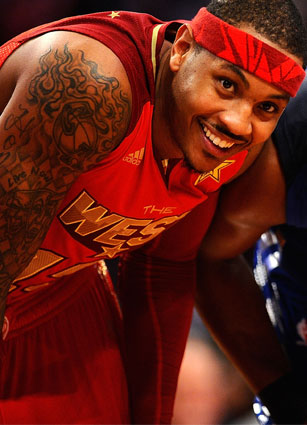 Our long, international nightmare mercifully came to an end last night. The Melodrama is over, and the Knicks have their man. At last.

The Denver Nuggets and New York Knicks have been forever transformed by this, and though it’s clear that the Nuggets are now in full rebuiding hell, it’s harder to tell where the Knicks truly stand.

We’ll have to wait until the summer of 2012 to see if New York can land another big fish to compliment ‘Melo and Amar’e Stoudemire; it’ll be yet another tumultuous period for the team and its fanbase, with a front-office that may look radically different by then.

For the rest of this season, the New York Knicks are going to be wildly entertaining. They won’t defend anyone, may even put a scare into a Playoff team or two in the Spring, and Madison Square Garden will once again be the most electric gym in the NBA.

Welcome to New York, Carmelo Anthony. This is what you wanted all along. Now, it’s time to deliver on the grandest of stages.