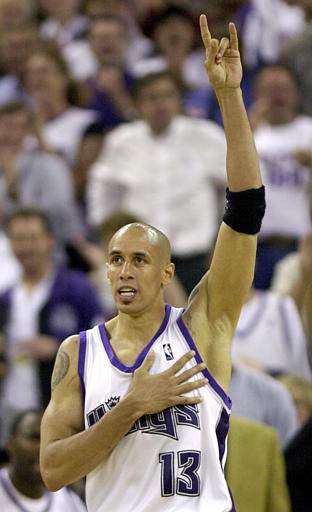 They said this would happen, but you’re just never prepared when you receive news like this. Committed: The Christies is coming to a TV set near you. It’s not even on real BET. It’s going to be on their new BET J network, whatever that’s supposed to mean. From the Viacom press release:

Often misunderstood, their relationship is one that will keep viewers mystified, entertained and in awe.  As married couples go, there are perhaps none who live, love and manage life in the pro sports limelight like Doug and Jackie Christie.

Yeah, you got that right. So, if you can figure out what BET J is, then you should watch this show, which debuts October 5th. Hopefully there will be lots of pointing to the sky. I haven’t been this excited for a BET related show since The Ultimate Hustler. (Which was the funniest show on TV for a while. Damon Dash is a psychopath.)
Please let there be an episode where Jackie Christie is thumbing through that GQ article about NBA groupies.

Oh, Doug is planning on making his return to the NBA. I assume Charlotte has to sign him since he already has the BET thing going.