The Comedic Genius of Cherokee Parks 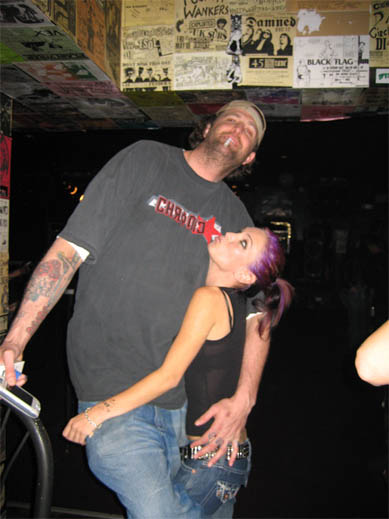 At first—for me—to know Cherokee Parks was to hate him.

After all, he was a Dookie, following closely in the footsteps of Christian Laettner, and that was enough cause. He won a title there as a freshman in ’92 (the year of Laettner’s miracle shot over Kentucky), and was drafted in the lottery by the Mavericks in 1995 (ahead of guys like Brent Barry, Theo Ratliff and Michael Finley). But that’s when things started to change. It became quite obvious that Parks didn’t share much in common with Laettner besides height, frat boy hair and an alma mater.

For starters, Cherokee wasn’t a very good NBA player. His best year was his third, when he averaged 7.1 points and 5.1 rebounds for the Minnesota Timberwolves. But it got better. Much better. His sister, Corey, was the surgically enhanced, heavily tattooed, fire-breathing bassist for Nashville Pussy. And every season Cherokee himself came back with longer hair and more ink. As he bounced from team to team—from Dallas to Minnesota to Vancouver to the Wizards to the Clippers—a rumor spread that he never wanted to play for a playoff team, that he just wanted the season to end ASAP so he could go off and, um, do things that may be frowned upon by the Collective Bargaining Agreement.
Anyway, Cherokee hasn’t been around for a while—his last season was ’03-04 when he played all of 64 minutes with the Golden State Warriors. A comeback is unlikely.

But at least we’ll always have this.

(If it doesn’t load properly the first time, close it and try again.)