The Crackdown on Smack Downs 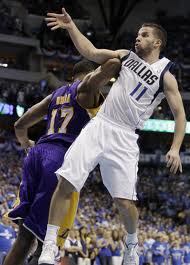 The list of NBA hard fouls is a long one; whether during the regular season or the most memorable deckings during the playoffs, the history of the NBA is one littered with hard fouls, flagrant fouls, and physical play. Yet, if you turned on the television these days and read countless commentaries on the NBA’s problem with physical play, you would think the NBA was facing some new epidemic of lawlessness and dirty plays. The game has always been physical and the NBA’s crackdown on such play doesn’t reflect changes in the game or the players’ approach to the game, but a myriad of factors that are bigger than the game itself.

There are multiple reasons for why the NBA is cracking down on physical play and hard fouls: (1) the style of play within the NBA has changed since late 1980s and early 1990s. Responding to the rise of the “Bad Boys” and their distant cousins in NY and Miami, as well as the lack of fanfare for the physical domination of the likes of Shaquille O’Neal, the League has pushed through changes that have led to a more free-flowing game, one defined by slashing and dynamic scorers going hard to the basket. While scoring is actually down from the golden age of both hard fouls and offense, the twenty-first century game is defined by penetration, athletic moves around the basket, and the artistry that results from Westbrook, DRose, or LeBron attacking the rim.  A league of hard fouls, or a strictly enforced “no layup rule” would potentially undermine the beauty of the contemporary game.

(2) Hard fouls have been dramatically curtailed because of the NBA’s reliance on stars as global marketing icons. The need for multiple superstars, many of whom garner their global reach through success during the Playoffs, makes minimizing injuries crucial.

(3) Increased knowledge about the long-term effects of injuries as well as the physical changes amongst today’s athletes compels greater scrutiny when it comes to fouls. “Nowadays bigger, stronger bodies collide play after play, at elevations off the court few could imagine three decades ago,” writes Henry Abbott. “The forces in play are vastly greater, the knowledge of brain damage that much more acute. The League does far more than ever to prevent the escalation of violence, because it has to and should.” While these issues surely play a role in the heightened anxiety, the increasingly loud calls from the media to crackdown on the rough play in the NBA, and that flagrant foul calls have become more commonplace than traveling and double dribbling calls combine, the changing landscape of the sports media and race help explain the draconian approach to hard fouls within today’s NBA.

Sandwiched between Blake Griffin’s Kia commercials and those for Subway, the media landscape during the last month of NBA coverage has been dominated by Metta World Peace’s elbow of James Harden. Seemingly played on an endless loop, it seems that virtually every conversation about the NBA lead to a replay of the elbow over and over again. The widespread circulation of these fouls, and the saturation of the airwaves of fouls create conditions where league intervention is inevitable. With its efforts to reach untapped markets within and beyond the United States, the league seeks to control its image, an increasingly difficult task within our highlight-oriented culture. A flagrant foul can potentially be seen within minutes of its occurrence, leading to many judgments and commentaries from fans and pundits alike even before the league is able to formally review the play. Reflecting the 24-7 sports new industry, the reach of blogs, the power of Twitter, Facebook and YouTube, hard fouls in the NBA exists as a spectacle allowing fans to witness the physicality and the violence over and over again.

At YouTube, one can type in “3-pointer and Metta World Peace” only to find a handful of videos that has been viewed in the thousands. Type in “flagrant foul and Metta World Peace” and shockingly there are endless video choices, some of which have been viewed by over 1 million people. Do the same for “Andrew Bynum and post moves” and compare that to “Andrew Bynum” and “JJ Barea/flagrant fouls”; even someone like Dwyane Wade, who clearly has a highlight reel of brilliant shots and slashing drives, is equally visible within new media circles for an array of flagrant and hard fouls.

While physical play, flagrant fouls and suspensions are not unique to the playoffs, this time of year seems to bring about heightened insecurity about elbows, forearm shivers, and “no layup” defense. Sure, the play might be more physical, as more is at stake, but it would seem that the increased coverage during the playoffs, the millions of new eyes watching, puts the league in a difficult situation. The hyper saturation contributes to an impression of the league as getting more and more physical, more and more violent, which not surprisingly has compelled intervention from the League—for the sake of publication relations and for “basketball reasons” the League has shown itself to be unwilling to return to the physical play of yesteryear.

It is impossible (and not productive) to talk about the NBA in absence of race. Todd Boyd argues that the NBA “remains one of the few places in American society where there is a consistent racial discourse,” where race, whether directly or indirectly, is the subject of conversation at all times (Boyd 2000, p. 60). David Stern has acknowledged how race matters with the NBA: “I think it’s fair to say that the NBA was the first sport that was widely viewed as a black sport. And whatever the numbers ultimately are for the other sports, the NBA will always be treated a certain way because of that. Our players are so visible that if they have Afros or cornrows or tattoos—white or black—our consumers pick it up. So, I think there are always some elements of race involved that affect judgments about the NBA” (David Stern quoted in Lee 2005). It is not a coincidence that panics and hysteria are limited to basketball, especially when comparing the level of accepted violence in football, hockey, baseball, and NASCAR. An elbow is clearly physically dangerous but so is a 95 MPH fastball or a 185 MPH car. Yet, so often it is NBA hard fouls that elicit doomsday scenarios, breaking news updates, and calls for immediate punishment. Part of this comes from the racial demographics of the NBA and the fact that it is seen as a “black league.” According to Henry Abbott:

Although some fans will tell you they’re thrilled by the no-extra-charge sprinkling of mixed martial arts, by and large the league operates with the fear of riling a finicky general sports audience that is terrified of the spectacle of these players — predominantly black — behaving violently. In baseball and hockey it’s “boys will be boys” but in this sport it’s treated like the end of civilization as we know it when they start taking swings. Harsh penalties have essentially eliminated not only bench-clearing brawls but also punches and even most blatant elbows. There’s a reason the Wests and Haslems have learned to attack using the elbow of a straight arm.

It is also not a coincidence that media and league concerns about physical play, about hard fouls, has increased since the Palace Brawl. Michael Tillery rightly links this shift to the Palace Brawl when he wrote, “Growing up and seeing how physical the NBA was in the 80′s and 90′s, last night didn’t phase me. I don’t care how the NBA has cut down on physical play because of the Malace in the Palace (Metta World Peace explains what happened at length).” What I found is in the aftermath of the Palace Brawl, much of which I document in After Artest, the NBA, many fans, and the sports media all began to voice their concerns of the NBA being “too black” and took steps to change that image, what social scientists would call “de-racialization.” It’s not that they sought to make the NBA less Black in terms of the number of players but they wanted to changed the perception of the NBA of being “too black” by trying to change on and off-court behavior. Rather than challenge fans who called players ghetto criminals, or pundits who disparaged the league as one of out-of-control thugs, the league sought to change its image, to convince those who expressed negative views of the NBA that the league was indeed made up of MJ and Magic and not those kids on the corner who these same fans would cross the street just to avoid. It sought to convince the public that indeed you could take the NBA player out of the ghetto and take the ghetto out of the NBA player if they were sent to college, if they wore the right clothes, if the were punished and disciplined when necessary, especially when they exhibit behaviors associated with violence or otherwise engaged in overly physical play. In the end, it is about the physical play but what that foul means when committed by a black baller who is often seen through a stereotypical lens.

Although I wish the referees would play less and less of a role in the outcome of the games, I would celebrate a media encouraging historic perspective, and pine for a league that doesn’t turn every hard foul into a fine-able and suspend-able offense. The likelihood of a return to this NBA, if it is ever existed, is about as great as the Bobcats winning a Championship next year. That ship has sailed, but if are to understand the panics and punishments, if we are going to understand the role of race and a changing media landscape, it is imperative that talk about these shifts, pushing back against those who see it as just a natural transformation. Most of all I wish for a little bit of honesty when it comes to the NBA’s physical play.

David J. Leonard is Associate Professor in the Department of Critical Culture, Gender and Race Studies at Washington State University, Pullman. He is the author of Screens Fade to Black: Contemporary African American Cinema and the forthcoming After Artest: Race and the War on Hoop (SUNY Press). Leonard is a regular contributor to NewBlackMan and blogs at No Tsuris.