The D.A.Y. of Nugget revenge 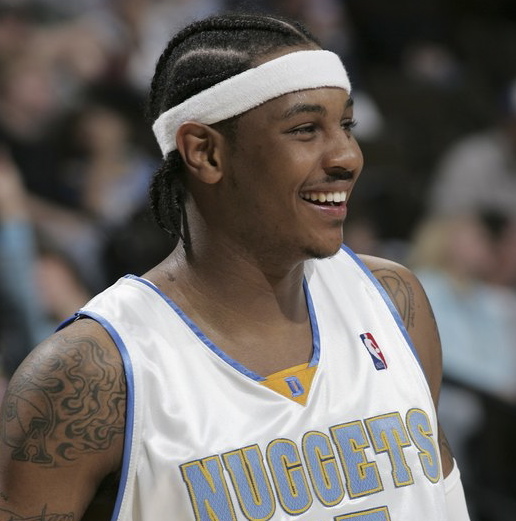 I am writing this late on Sunday night. Monday morning I have an early morning appointment, so this has to be done at night time. So it’s only been several hours since the Giants disaster, which I will be reeling from for at least the rest of this lifetime and possibly into my next two or three lifetimes. Attempting to write with clarity at this point is just as bad as writing when drunk and on crack. But I’m going to give it a try.

The Nuggets finally got some revenge against the Clips after the playoff loss and game earlier this season when Melo got tossed for nothing. Chris Kaman didn’t play, which was probably for the best cause his long time friend Reggie Evans grabbed 14 boards. I said grabbed boards, not grabbed… you know. Carmelo scored 33, but he does that every night. He’s the exact opposite of Eli Manning. Carmelo is good at sports. J.R . Smith was 2 of 8 from three, and those two threes were the only ones that were hit all night by the Nuggets.

PHOENIX 119 PORTLAND 101
The Suns were back at it doing Phoenix Suns things, looking the best they have this season. Raja Bell hit 7 threes on his way to 30 points. Amare scored 20 on 8 of 9 shooting, Nash had 10 assists, and the 18 point victory isn’t as close as this game really was. After the game Amare said “We’re definitely back.” Okay, so Phoenix and Dallas are back. Waiting on Miami. Travis Outlaw played 45 minutes and scored a career-high 22. The Blazers are like the Titans, a young team that should never ever ever be able to beat an alleged contender. On this night, they weren’t able to do so. Zach Randolph is the Pacman Jones of the NBA. He’s always getting into trouble with the law and he earns forgiveness with his play.

LA LAKERS 99 NEW JERSEY 93
The Nets are having the road trip from hell, just like everyone from the East that heads West. On a night when Kobe struggled with his shot, the Nets still allowed L.A. to hit 12 of 25 threes, featuring a big one from Lamar Odom down the stretch. Vince scored 21 and RJ had 20 with Jason Kidd dishing out 16 assists. The Lakers had balanced scoring and all of those threes. Much like -guess who- the Giants, the New Jersey Nets can do nothing right once they leave the Meadowlands parking lot, and neither team is alone in first place. By the way, there is a three way tie for first in the Atlantic. All three teams are 5-8. The Knicks are one game out of first in their division. The Eastern Conference is just like the NY Giants. It’s embarrasing.

TORONTO 92 INDIANA 83
The Raptors jumped out to an early lead, even with Chris Bosh still feeling the effects of a banged up knee. Indy ran off a 12-1 run in the third, but the Raptors came back with a 17-4 run of their own. Andrea Bargnani has been giving the Raps productive minutes lately, and in this game he came through with 14 points in 22 minutes. Bosh had 17 and 11, but he shot just 6 of 18. Stephen Jackson and Danny Granger each had 18 for Indy. Even with the W, Sam Mitchell is the Tom Coughlin of the NBA. He talks tough, his players hate him, and he should be fired sooner rather than later. Usually I don’t call for people to be fired, but that was back when I was a nice guy. This Giants loss has unleashed a whole new side of me. I’m like the Spiderman’s black suit version of myself. Young Colangelo, pull the trigger. You know you want to. Make it an early Christmas present to Raptors fans.

SAN ANTONIO 98 SEATTLE 78
The Sonics hit one three as a team. When that happens, they score something weak like 78 points. Tim Duncan led the Spurs with 18 and 16. Tony Parker scored 12 in the fourth and the Spurs haven’t lost a road game yet. I will not make a Giants analogy here, because that would be disrespectful to both of these teams. The Spurs are a great organization that is all about winning. The Giants are all about whining to the media and talking all this noise, then falling flat on their face. The Sonics have Ray Allen, the ultimate gentleman athlete, who is all class. The Giants have Tiki Barber, who pretends to be classy but can’t shut his stupid mouth for 5 seconds. After the game he was being mobbed by reporters and I actually saw him say “I’m speechless” and yet he still found the time to express his innermost thoughts on the game. How was the ploaycalling now? When the Titans were coming back, the Giants had their chances to keep the clock going and Tiki was good enough to put the team in 3rd and long over and over again. 3rd and long means Eli has to throw a pass, which is a recipe for nightmares. Just shut your mouth and run the ball. I am sick of your face Tiki. I don’t care if you’re a hall of famer. Just retire already. Whoops, I turned this entire recap into a Giants analogy. Oh well.

Still angry. Will never be the same.