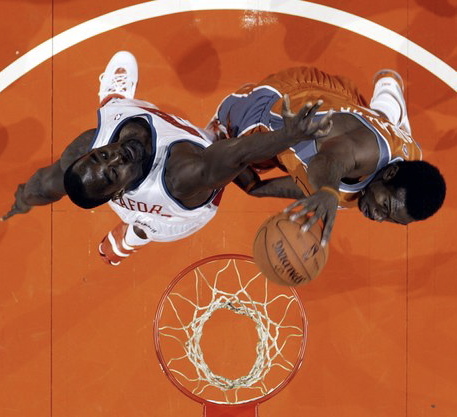 Great weekend for me. Got my heat fixed, did some holiday shopping, and the NY Football Giants got back in the win column. What more can any man ask for? Oh yeah, the Dallas Cowboys getting embarrased on national TV with the student outsmarting the teacher and rubbing his face in it. Drew Brees, Sean Payton, Reggie Bush, you hooked us up. Try not to throw up when you read this, but Bill Parcells got caught with his pants down. I paint a pretty picture, don’t I? How badly do me and Ben wish that Sean Payton was the Giants coach? Anyways, now we have to wait a whole week for the next Giants-Eagles appocalypse. Hopefully Khalid and I can keep the facade of civil discourse alive this week. At least until Thursday or so.

PHOENIX 114 CHARLOTTE 84
The Suns copy everything the Mavs do. Dallas played a reckless no D style before the Suns did, and this year the Mavs started out 0-4, then ran off 12 straight wins. The Suns start wasn’t as bad, but now they’ve copied Dallas’s gameplan, racking up 10 in a row, working their way back to the top of the league. Amare’s knee looks pretty good these days. Good enough to keep banging out those double doubles every night. 22 and 12 on 8 of 11 shooting. The Bobcats have been getting blown out every night lately. Sean May keeps topping his career best game, and he did it again with 26 and 10. Adam Morrison is either really streaky, or he hit the dreaded rookie wall faster than it’s ever been hit before. Over his last three games he has a combined 8 points.

LA LAKERS 106 SAN ANTONIO 99
The Lakers turned up the defensive intensity and closed out the third quarter on a 24-6 run. Phil was happy. Pop was not, and after the game said “I thought the Lakers’ pressure was great in the second half and we folded under that pressure — absolutely folded. End of story.” The Spurs shot 52% for the game, hit 12 of 23 threes, and Duncan was able to score everytime he touched the ball, which would make this seem like San Antonio business as usual. But the Lakers beat them up on the glass, Duncan only took 9 shots (scoring on 7 of them), and they scored some cosmetic baskets in the fourth to make this score seem closer than it really was. The Lakers played a great game. Kobe led the way with 34 and Lamar Odom just missed out on a triple double with 18, 11, and 9. If you’re looking for their Michael and Scottie impression, this was the game for you. Lamar even hit a wide open three from the top of the key on a secondary break. A Pippen trademark.

SEATTLE 117 GOLDEN STATE 115
The Sonics gave away another one of their lottery balls, as Luke Ridnour carried them to a come from behind winner over the Warriors. Baron Davis wasn’t on the court for the last shot because… well, there’s no satisfactory explanation. Nellie messed up, and that’s it. Something about not wanting Baron on the floor with 5 fouls, and then being unable to sub him back in. Doesn’t explain why Baron didn’t take a shot over the last 6 minutes or so. The Warriors were way up at halftime, and collapsed late. Baron logged 40 minutes, giving the Warriors a 28, 13, and 9 performance. That should have been enough, but Seattle wouldn’t give in, and they now have the same record as Golden State. That’s three straight wins for the Sonics since Ray Allen started missing games. The Sonics are really going to regret this winning streak later. Uh, I mean wow they’re showing a lot of heart! Four different Sonics scored 20 or more points, led by Ridnours’ 26. For today’s episode of “How bad does the Eastern Conference suck. Thiiiiiis bad”, I present the following factoid: The Sonics and Warriors are tied for the 10th spot in the East, out of the playoff picture. In the East, they would be the sixth seed.

SACRAMENTO 117 ATLANTA 92
The Hawks played without Joe Johnson. They really shouldn’t do that ever again. Joe had a strained right calf, so Marvin Williams took his place in the starting lineup. No Hawks starters reached double figures. Salim Stoudamire led the team with 26 points. Sacramento had a balanced attack, and led by 30 after three quarters. Johnson saw his league-leading consecuitve regular season games played streak end at 376. Brad Miller led the Kings with 19 in an easy blowout win.

PORTLAND 93 TORONTO 83
Zach Randolph missed this game cause he flipped the bird in the house of Bird, and Chris Bosh missed it with a bruised left knee. So, going from there, Jarrett Jack continued to make the most of his playing time, putting up 22, 9, and 8. Bargnani got the start and scored 8, while Mo Pete led the Raptors with 23.