The Interviewing of the Bulls (Part II) 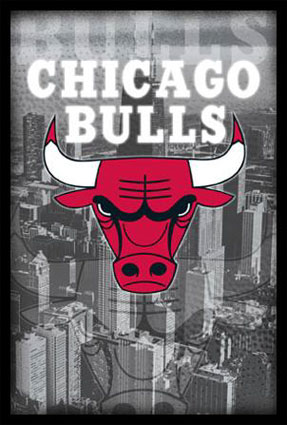 So I wanted to post the second part of this Bulls stuff before the second round starts, and seeing that Game One kicks off in less than 24 hours, I suppose there’s no time like the present.

To recap, I went to Chicago over the last week in February to do a feature on the team for SLAM 108. It was a cold and windy weekend (of course), but the Bulls were heating up. They won both games while I was out there by double digits (a laugher over the Warriors and a slightly closer one over the Hornets), and were starting to show signs of what they could do.

This was pretty soon after the trade deadline, and I—as a long-time Bulls fan (20-plus years, yikes)—was disappointed that they hadn’t been able to bring in a low-post scorer to complement Ben Wallace in the paint. My thinking was that Wallace only got them halfway to where they wanted to be. Bringing him in heightened expectations drastically, and said to me (and the rest of the League) that they were planning on winning a title within the next three seasons or so. And when they didn’t convert P.J. Brown’s expiring contract or any of their other assets into Pau Gasol or Kevin Garnett, I thought John Paxson and Scott Skiles had made a mistake.

Then I got up there and saw how things worked. They didn’t have a primary scorer—they had three. Kirk Hinrich, Luol Deng and Ben Gordon were all capable of doing damage from the outside, and none of them seemed to have a pressing need to be THE man. Whoever was hot got the ball. No arguments, no egos. And while they didn’t have a seven-footer in the post, Wallace and Brown were both adept at redirecting the ball to the open man. Even the rookies, Thabo Sefolosha and Tyrus Thomas, were coming around. This was a team in every sense of the word.

To pick up where I left off, brings us back to the Sheri Berto Center, the Bulls suburban practice facility in Deerfield, IL. Practice. Everyone’s hit the showers by now except for Ben Gordon—whose routine has him taking 600 to 650 jumpers a day, even on game days. Skiles has already talked, other guys have been corralled by local news crews, so I take the opportunity to catch up with assistant coach Pete Myers. Myers, a hard-nosed guard who replaced Michael Jordan when he retired the first time, doesn’t have his name on any of those championship banners ringing the practice facility, but he still knows what it takes. And, as a former player not too far removed from the game, he’s a pretty good judge of team play.

I can’t help but think that Pete is gonna be a good head coach someday. I don’t know where he is on X’s and O’s, but he seems like the perfect candidate—a player who made it as far as he did on hard work alone, who took more away from the game that just a bunch of oversized paychecks. He obviously loves what he does, and truly believes in his guys.

And I also worried about how much everyone—from the coaches and GM all the way to the fans—thought of the team as a family. Isn’t that dangerous? You hear all the time about how the League is a business—how someone like Mark Cuban, as much as he loved Steve Nash, could crunch the numbers and impassionately decide that he couldn’t keep him around (um, bad example maybe, but still). Would sentimentality win out over logic? Would it be impossible for Pax to trade guys like Deng, Gordon or Hinrich simply because they were part of a family?

I had to talk to someone else. So, before the Hornets game I sought out Johnny “Red” Kerr, the Bulls long-time color (and colorful) analyst. A former All-American and All-Star center, Kerr served as the Bulls’s first-ever head coach and has been their TV guy since 1974. He’s nothing if not candid (you’d never hear answers like this from an MSG employee):

ME: How are these guys measuring up?
RK: Well, there’s no closeness to the ‘90s. Those six championship teams were really something. And even the two years that Michael was gone they were a very good team. This team doesn’t have that kind of talent. We do not have a post-up player on our club. And we had all kinds in those days. You had Toni Kukoc who could post up, you had Stacey King that could post up, Luc Longley—a bunch of different guys. Scottie Pippen, Michael Jordan. But we don’t have that. It’s a different type team, but it’s a very exciting team. They play hard, they’re a very good defensive ballclub, and they’re fun to watch.”
ME: They’re put together so differently.
RK: Yeah, we don’t have that one personality anymore. We don’t really have a go-to guy—I guess you could say Ben Gordon would be our go-to guy, or Luol Deng is working on getting to that point, but right now I don’t feel like we’ve got a guy like a Paul Pierce or like a Gilbert Arenas or Kobe, a guy who could just chuck up 30, 35 every night.”
ME: Are they on the right track?
RK: I don’t know if this team is gonna bring ‘em a championship, but I think they can make the playoffs with this ballclub. They’ve got a great core. They need to get Nocioni healthy—he’s a very valuable part of this team, and you’ve got the other guys that have played well, Ben Gordon and Luol Deng as I mentioned, and Ben Wallace is giving you some good defense and rebounds, and Hinrich and you got the two rookies that have finally stepped up a little bit after getting their feet wet this season. So it’s good.”
ME: It’s hard to believe that Hinrich is the guy with the longest tenure.
RK: Well, you knew John Paxson was gonna make some switches and get his kind of people in there, and that’s just what he did.”
ME: Were you surprised there were no deals at the deadline?
RK: No, not for what they wanted. They wanted to disrupt Deng or Gordon, I’m glad John didn’t do anything.
I don’t think—maybe there’s someone you can go for in free agency or the draft. You never know what the Knicks are gonna end up with their draft choice. You got a lot of good things goin’.
ME: What are your thoughts on Ben Wallace so far?
RK: Ben has been fine. It’s not easy comin’ to a club that you didn’t play for and now you’re their key, and you’re their key director on defense. This team is a pretty good defensive team and Ben is working very well with them.”
ME: Do you feel like there’s more pressure to win here than in other cities?
RK: I think there always is. I think there always is pressure for the Bulls to come up big. They play pretty good here at home, they’ve fallen down a couple times against Western teams and now a couple Eastern teams, but I like what I see here from this team. I think they’re gonna be held together for quite a while.

“I think they can make the playoffs”? Way to be confident, Johnny. But he too seemed content to roll the dice with what they had. Well, they wiped out New Orleans that night—ruining Tyson Chandler’s return to the United Center (he was booed relentlessly—even cruelly, I thought)—and went on the predicted roll through March and April, falling just one game short of their 50-win goal. They drew Miami in the first round and wiped them out too, setting up the second-round matchup with Ben Wallace’s team, the Detroit Pistons.

So I suppose it’s appropriate I give him the last word here. As usual, he was the last player out of the showers following the New Orleans win, and after slowly getting dressed, he was ready for questions. I only had one, and his answer reflected his demeanor.

ME: Do you feel a particular sense of urgency here?
BW: You know, we definitely playin’ with a little different sense of urgency, but as far as anything else, it is what it is. As long as we continue to go out and find ways to win games, then everything else have a way of taking care of itself.