The Knicks trial. Dirtier than ever. 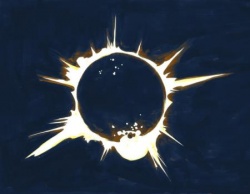 Hello. It is busy time, so I return to you in pointed list form.

The Knicks trial. It’s overkill. Yesterday Lang wrote about the NYPost coverage of the trial, but he didn’t mention that they have sicked their number 1 pit bull (don’t get too excited Mr. Vick) Andrea Peyser on the case. They usually save her for the tabloid scandal du jour, stories about Michael Jackson, Lohan, Paris, the more controversial the better. And now Andrea is on the Knicks beat, which I find delicious. Here is today’s story. Oh that’s hot. You have a naughty naughty pen Andrea. And whoever came up with the headline, seriously take a break from the internet p0rn, it’s creeping into your work.

I don’t want to tell the lawyers how to do their jobs, but we need to hear from the real star of the MSG trial. Not one of these phony celebrities or billionaires. I’m talking about Hassan Gonsalves. He’s the key to the whole thing. Trust me.

It must have been nice for James Dolan to be the second most hated tyrant in New York City for a day.

Did you know that it’s National Recess Week? Everybody go outside and run around. Not you Ben Collins. You have detention. Dwyane Wade is teaming up with the Cartoon Network. That’s redundant.

I’d like to point out that today’s Kick of the Day is a Reggie Bush shoe in Saints colors. A smart idea to time it with the Saints playing on Monday Night Football last night, but 0-3? The Saints truly are the Clippers of the NFL. Years of misery, one great season that was supposed to turn the franchise around forever, and then back to misery. Please do not make any Katrina/rebuilding the city and football team connections. There are none. Buried deep in this post is a funny one-liner: Reggie Bush (RB): He’s like Peter Warrick, only more famous! Hahahaha! Right now in the NFL, Reggie is struggling, Ladanian isn’t running up the garbage time stats yet, and Larry Johnson has like 100 yards on 99 carries. This would not happen in the NBA. You’d never have, say Kobe, Gilbert, and Wade all averaging 10 ppg over the first fifth of the season. (3 games in the NFL = about 15 games in the NBA) This is why superstar ball hogging can be a good thing.

Since you’re all begging for it, I’ll talk Heroes. THIS IS A SPOIL ZONE for EPISODE 1 only. What we have seen on TV is all we will talk about. The episode was okay, not amazing. Some problems: Nathan’s beard growth in 4 months was preposterous. The relationship between the cop and the 10 year old girl is… too close for comfort. The flirtation between high school kids, i.e. the cheerleader and the new kid was like watching one of my friends try to pick a girl up at a bar in broad daylight totally sober. Awkward. And the big surprise of the episode, the true identity of the great Hero Takezo Kensei, was, well it was surprising, so they got us there. I noticed that as he told his back story, an ad popped up at the bottom of the screen urging people to go to nbc.com and find out more. Cross promotion, very promotional.

There were good things about the episode. I wondered what they would do to top a nuke going off in NYC as the main threat, and they’ve gone the route of mystery, an unseen evil, which I like. Also, the events of what takes place on a Japanese field in the 1600’s has now changed the present day, and I’ve always been fascinated by time travel stories, so that was cool. The very ending came from so far out of left field, there is no way to judge it. Nice haircut pretty boy. There were some funny moments, like Noah at the copy place, dinner with the Bennett family, but I’m not watching this show to see “human interaction.” Use your powers, let’s go. Build the X-Mansion, start the school, kill the humans. Do something.

Alright, to work. Most of the NBA Preview assignments have gone out, so we’re definitely getting started on Monday.