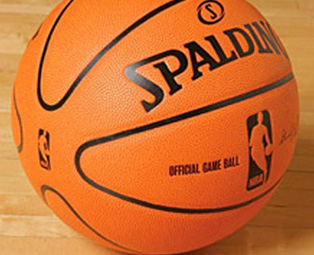 Hey. Wednesday. Hump day. Got a flu shot this morning, so I’m slowly getting a sore arm. Fun.

Went to Nets/Mavs last night and filed copious notes, if you ain’t seen them yet.

So let’s get to this before my arm swells up…

QUOTES OF THE DAY
“My immune system is good.” — Chris Bosh.
“It seems like we’ve got too many chiefs, not enough Indians. That’s the best way I can put it. Everybody with their own agenda, instead of sticking with the team and winning.” — Kendrick Perkins, on the Celtics.

THE LINKS…
• Mutoni already noted this, but yesterday the David Stern Robot made an unprecedented admission of error in the handling of the new ball. As Stern said, “I won’t make a spirited defense with respect to the ball. In hindsight, we could have done a better job. I take responsibility for that.” Which basically means: “Someone here screwed up and I’m going to take this out on them. But in public? My bad.”

One other thing I thought was interesting was this:

Only three people, all retired players who are now analysts — Mark Jackson, Reggie Miller and Steve Kerr — tested the ball. Jackson, now a Nets television analyst, said that they spent less than an hour one day at Madison Square Garden shooting, passing and dribbling.

• Is Rashard Lewis on the way out in Seattle? The Nets should move heaven and earth to get him.

• Chris Bosh is a mess right now. It has nothing to do with the SLAM cover, either.

• Maybe the Grizzlies aren’t ready to be bought after all. After reading that story…you’re telling me Christian Laettner did something half-assed? Seriously? Wow.

• The T-Wolves have a new three-headed monster…of crazy!

• Comparing Chris Duhon to a cockroach.

• Bobby Simmons is out for the season in Milwaukee.

• Check out how the Rockets are making business inroads in China. And anyone else know that Chuck Hayes is endorsing Li Ning shoes? Heck, if he has a Li Ning deal, I want one too. Holler at your boy, Li Ning! Let’s move some product!

• The Celtics have three games in the next four days, so Doc Rivers made sure to have the Celts work overtime at practice yesterday. I love Doc Rivers.