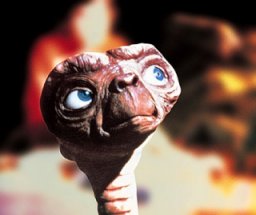 Everyone have a good weekend? Everyone rested and ready for the season to tip off tomorrow night? I am…just crazy busy right now. Have something very cool going up on the site in a few minutes. Let’s get The Links up first, though…

QUOTE OF THE DAY
“Mark Cuban has been very good to me and my family, but he doesn’t like me very much.” — Don Nelson.

THE LINKS…
• On Sunday, Peter Vecsey wrote that at the NBA owners meetings last week, a special session was called by the other owners to basically rip Mark Cuban a new one. In a roundabout way Cuban responds on his blog, writing that he’s done trying to help out other owners and the NBA in general. I guess the NBA thought owners shouldn’t have fun. Regardless of whether or not you like the Mavs, wouldn’t you want Mark Cuban to be the owner of your team?

• Actually, Don Nelson might not want Cuban to be his owner — he might be taking Cuban to court to get the money he feels is owed him. Great Don Nelson story here, though, where he craps on Patrick Ewing.

• The voice of basketball in Boston, Bob Ryan, finally weighs in on the death of Red Auerbach. Some great stories in that article. And Larry Bird recalls Red cheating him during games of tennis and racquetball.

• Interesting note low here that Kirk Hinrich is torn, upset that the Bulls aren’t offering him what he feels he deserves in their recent contract talks.

• Long Carmelo feature here. He got a lot of his tattoos when he was 14.

• An NBA scout breaks down the Spurs.

• Scott Padgett couldn’t sleep, worrying he was going to be cut.

• People are still beefing over the “OKC” patch on the Hornets jerseys.

• The Knicks are buying out Jalen Rose. I knew something was up when I was in the Knicks locker room before Jalen during a preseason game last week, and nobody seemed to mind.

• They’re auctioning off bits and pieces of the old Charlotte Coliseum. I still own two chairs from The Omni that I bought at a similar auction. If anyone goes to the auction, let us know how it is.