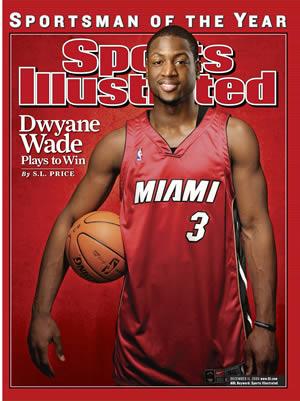 Running late today…had a staff lunch to attend. Let’s get right to things…

Oh, one thing were talking about this earlier here at the Dome: Could Eddy Curry be an All-Star this year? He had 26 and 15 last night (and five fouls in the fourth quarter), and he’s scored at least 20 points in 7 straight games. Shaq will be voted in as the Eastern Conference center, but he’ll probably still be hurt. So which two centers from the East will make it? Ben Wallace? Dwight Howard counts as a forward, right? Who else? Curry in a hurry!

QUOTES OF THE DAY
“At some point, common sense has to kick in.” — Sam Mitchell, on the Raptors abandoning their run-and-gun style.

“They say I blacked out. I don’t remember. The only thing I remember is being in the training room. Yes, (it’s frightening) because I don’t remember anything. The stuff they were telling me was going on on the bench, I was like, ‘I was really doing that?’ They say I was lying down, took like five, six chairs up. I don’t remember that. For me not to remember, that is freaky.” — T-Mac, on being knocked out by Dikembe Mutombo.

“Everything seems to be one play at a time. Before, the whole game just kind of ran together.” — Eddy Curry, on the game slowing down for him.

THE LINKS…
• Cool that D-Wade is SI’s Sportsman of the Year, but this is a big deal, right? Couldn’t they at least shoot him for their cover in a real Heat jersey instead of one of those Nike Swingman joints from a year ago? There’s a closer picture at the link above.

• Yep, Kobe’s ankle is sprained. The good news is that it’s moderate and he’s listed as day-to-day. No word yet from Kobe on how he’s feeling.

• Crap! The Raptors had been trying to become Phoenix North; today, Sam Mitchell said forget it. I hope this means they go back to running the same play every time down the court.

• Ray Allen puts the Sonics on blast. Funny that he ripped everyone but Bob Hill.

• Tracy McGrady says he’s fully recovered from running into one of Mutombo’s elbows. The Houston paper has a link I can’t figure out how to get of The Defensive Stylings of Dikembe Mutombo. You can find that here. I’d much rather hear the vocal stylings of Mutombo.

• Patrick Ewing tells the Knicks they should just ignore the boos. They should also probably just ignore every Peter Vecsey column from now until the end of the season. (Although I like how he calls Isiah “the false prophet.”)

• Perk may be a beast, but the Celts need to shut him down.

• It’s Brad Daugherty bobblehead night in Cleveland. I hope the doll comes with a redneck accent.

• Even though Sekou gave me a veiled shoutout in his blog on AJC.com, I can’t tell you how much I would’ve paid to see him bite it on the sidewalk in Seattle. I bet Sekou hopped up and challenged the sidewalk to a fight.

• Here’s a surprise: Bobby Jackson is hurt and will miss the next two weeks.

• Anderson Varejao is really good at letting people run into him.