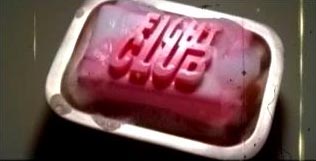 I had some stuff to do last night, but first I went by the Garden to catch up with the San Antonio Spurs, at least during the pregame festivities. Robert Horry was holding court, as he usually does, and several other Spurs were coming and going.

I asked Horry which was worse: My school, Georgia, losing to Vanderbilt, or his school, Alabama, losing to Mississippi State. Horry went with UGA, because he’s sort of a Sylvester Croom fan.

Horry’s got a PS3 on hold, but he said he really hasn’t had time to play his XBox 360 lately.

Tony Parker said that playing against the Raptors in Toronto was like playing in a Euroleague game. “I couldn’t believe it!” he said.

I told Tony that my wife, who knows nothing about sports, suddenly asks me about Tony all the time now that he’s a regular in US Weekly and all those magazines. “You can tell your wife everything is fine,” he said. And yes, he and Eva are still together. He also gave me his new cellphone number, which ends with a multiple of his jersey number, “9999.”

I told New York Times Knicks beat writer Howard Beck that he better watch out. He claimed innocence, but I told him all us SLAM people know better. Horry seemed to enjoy the make-believe feud.

REPORTER TO BRENT BARRY: Hey Brent, do you have a second? I’m working on Matt Bonner’s radio show, and…
BRENT BARRY TO REPORTER: Oh man, sorry to hear that.

Also, Barry was wearing some Reeboks with “BONES” written in cursive across the back. Very cool.

One Knicks beat writer from a major paper stopped me in the hallway and said he wanted to talk to me about something. I was thinking, Oh geez, did I write something mean about this guy? Turned out he wanted to tell me that the best NBA-related thing he read all summer was this. ‘Preciate it.

Anyway, I had to run out from there and go to this XBox event. Looks like I didn’t miss much, because even with the Knicks turning it up in the second half, the Spurs coasted to a win, which was key for them as it was the second game of a back-to-back, and they struggled last year in the second game of back-to-backs. Horry and Parker both pointed out independently of each other that the Spurs have a ridiculous schedule in November, with 5 different back-to-back series. But Tony noted that he’d rather have that now than have that schedule in March or April. I think he’s got a point there.

QUOTES OF THE DAY
“I was like, ‘Uh-oh.'” — Andrei Kirilenko, on seeing Deron Williams turn the ball over with seconds left.

“I remember sitting on the sidelines, in street clothes, working out before the game, eating pretzels in the locker room when the national anthem’s going. It was not a great time for me basketball-wise and personally.” — Anthony Parker, on his time with the Sixers.

“You can shorten our shorts, change our wristbands, change the dress code, but the one thing we care about is the basketball. When you start changing the thing we play with every single day, it doesn’t make sense to me at all.” — LeBron, on the new ball.

THE LINKS…
• Fight! Fight! According to the Washington Post, Etan Thomas and Brendan Haywood got into a fight last week. Thomas allegedly decked Haywood, who supposedly responded by body-slamming Thomas and ripping out two of his dreadlocks. Can we get this on tape or something?

• How ’bout them Jazz? 4-0! I watched the end of that game last night, too. Very cool how a blocked shot ended the game. And who got a technical foul last night? Sheed. He’s now on pace for 82 technical fouls this season.

• Brad Miller will be out for four weeks, which sucks for the Kings. How soon before someone blames this on Miller playing in the World Championships this summer?

• The Mavs lost, Avery Johnson got tossed and Josh Howard sprained his ankle. Meanwhile, Mark Cuban writes a thinly-veiled blog post that seems to be about Don Nelson and has all kinds of weird hip-hop stuff in it. (Or as Cuban would spell it, “wierd.”)

• Dave D’Allesandro gets into it with Richard Jefferson. I also like the part about Lawrence Frank assigning his players to read up on Darfur.

• Maybe everyone should put those Brandon R-O-Y predictions on hold.

• Think the people in Oklahoma City aren’t fired up about the Hornets? Today they note that the Hornets magic number is already down to 77.

• Battle between two first-place teams tonight in Cleveland, when the Hawks come to town. Even if the Akron paper mistakenly lists the Hawks at 1-2. Where’s the respect?

• You know all those post-up plays that Zzz… Ilgauskas was really good at running? Well, the Cavs aren’t running them anymore, which makes Zzz… a different player.

• Um…is it politically correct to say that Carlos Arroyo has a “salsa dancing style of play“? Either way, Arroyo is balling right now.

• So much for Shaun Livingston starting for the Clippers.

• Apparently Theo Ratliff is going to turn the Celtics around. Right.
• The singing of Francisco Elson continues to look great for the Spurs. Jackie Butler, not so much — he reported to camp with 28 percent body fat.

• Rip Hamilton says the Jazz used to use a “real hard ball” during games at the Delta Center. Using the new ball last night, the Jazz still knocked off the Pistons.

• Pat Riley wants Shaq to get all padded up.

• Sam Mitchell is standing up for Andrea Bargnani. And check out the picture of “Chef” Bargnani here.

• Finally, it’s been 15 years since Magic Johnson announced he had HIV, and ever since he’s been doing some great things in the fight against the disease. Some people in Michigan, however, are wondering when he’ll come home and give them some help.