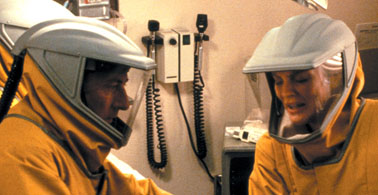 First of all, Happy New Years everyone. Nice long weekend, and I got to watch a lot of soccer and college football. Would have watched some NFL action, except that the Falcons suck.

Anyway…let’s just get right to it…

QUOTES OF THE DAY
“Steve Nash is the system. I don’t mean to shortchange anybody else or anything. But he’s the best basketball player on the face of the Earth. I don’t think it’s even close.” — Scott Skiles.

Mully called me on New Year’s Eve and asked me if I liked sambuca, and I said, ‘Yeah.’ And he went out there and signed this guy, Azubuike. I thought it was a drink, and he was talking about a player.” — Don Nelson, on the Warriors signing Kelenna Azubuike.

“Us changing would have been like somebody saying to all the businessmen, ‘OK, when you have a business meeting, we don’t want you to wear suits anymore. We want you to wear children’s pajamas.’ So imagine Donald Trump, Larry Ellison and Bill Gates wearing pajamas.” — Shaq, on the old new ball.

“I have dreams of that. I’m going to say for me, to make me sleep better, it’s a 50-50 chance with him and T.J. I’m just hoping and praying they’re quick healers. I should have brought some of that Georgia red clay back with me to rub (on their injuries).” — Sam Mitchell, on the Raptors getting healthy.

“The little dummy. Dorell’s a great kid. I had to do something to discipline him, so I didn’t start him.” — Pat Riley, on Dorrell Wright missing a team flight to Orlando.

THE LINKS…
• Terrible news about Broncos cornerback Darrent Williams, who was killed in a drive-by shooting over the weekend. Oddly, the incident occured in the same neighborhood where Julius Hodge lives. (Hodge, you’ll recall, was shot in a drive-by shooting a year ago.) Hodge reflects on the fragility of life here.

• You may have seen my post from last week about my trip to Quizno’s with Lakers center Andrew Bynum. Well, in a neat bit of timing, guess who hired a nutritionist? And I didn’t even mention how I found a receipt from McDonald’s on the floor in the front seat.
• Now that Allen Iverson is a fixture in Denver, people in Philly are starting to look back at the Iverson era fondly. Phil Jasner writes a first-person piece here about his experiences covering Iverson over the last decade.

• Hey Miami! Sounds like your man The Diesel is coming back in two weeks. Now if Dorrell Wright could just make a plane on time.

• Bulls big man Martynas Andriuskevicius, who got jacked up during an NBDL practice, says he won’t sue Awvee Storey because God is going to care of it for him. Well, that and he doesn’t want to get jacked up again. Seriously, Andriuskevicius is still having trouble talking and hearing, so basketball seems like it’s pretty far off for him right now.

• The leather balls are back, which is a nice way to ring in the new year. Reaction seems mostly positive, although a few guys are grumpy about having to switch. There’s an interesting note here about how from now on, referees are going to measure the inflation of the game balls before the games, which seems completely useless. And leave it to Grant Hill to bring us a parable on Coca-Cola in relation to the NBA basketballs…

• Scott Skiles loves Steve Nash, and he accidentally gives him a nickname that should stick: The System.

• If the Spurs win the title this season, their team video should be called Outbreak. Although now it sounds like everyone’s finally getting healthy again. Crazy how sick everyone got.

• And Matt Harpring could star in their video, after spending the holidays puking and visiting the hospital.

• The Cavs are struggling.