The Links: Kobe, Lenny and Sheed 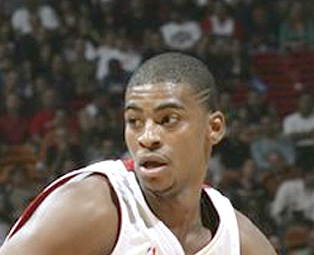 Alright, for those of you with absolutely no understanding that I’m kidding, I was kidding. I watched that Lakers/Jazz game, and Kobe was ridiculous. Amazing. Unbelievable. All of those jumpers? With Kirilenko in his face? And those dunks? Oh my!
OK, so Kobe’s back, and he looks as good as he ever has. And the Lakers look better than they’ve looked in years. I almost wrote something yesterday about how the Lakers are suddenly really fun to watch, now that they all seem to understand the Triangle, now that Kwame’s catching the ball, now that Lamar is a triple-double machine, with Andrew Bynum coming along, with Luke Walton shooting like Craig Hodges (he’s leading the League in three-point shooting at 64 percent and taking at least one per game). They not only beat the Jazz last night, they destroyed them.

While Kobe was going buckwild in the third quarter, I went on Kobe’s slick new website to see what was happening there. There are messages from Kobe, patriotic videos, news updates, all kinds of stuff. What I don’t understand is why more athletes don’t hire PR people to do things like this for them. Seems like an obvious way to present yourself and control your own image.

I also watched most of the Pistons/Heat game last night. I don’t know what it is about the Pistons, but they just don’t seem to have that spark that they had last year — the guys all looked so joyless and rote running around out there. And I also noticed how Rasheed, maybe more than ever, is almost totally reliant on the rest of the Pistons to create stuff for him. He never goes and gets the ball on offense, they weren’t really running plays for him.

The Heat looked pretty good to me, all things considered: They’re missing the most dominant center in the Conference, their point guard could barely run, James Posey seems all discombobulated, Wade had a bad night, and they still nearly beat the Pistons. I know the Heat seem as though they believe they can just turn it on during the Playoffs, and maybe they can. I’m not counting them out just yet.

Did you see that call Joey Crawford blew in the first quarter? The Pistons had the ball and were trying to post up Nazr Mohammed. Gary Payton was on the opposite block and he ran across the lane to show a double team (to pretend like he was going to double-team Mohammed and discourage the Pistons from passing the ball into him). He ran over, actually tapped Mohammed on the back to demonstrate that he’d made an effort to get to Mohammed (as opposed to just jogging halfway across the lane and back to take up space, which will almost always result in a defensive three seconds call). Watching the game live, I noticed that happen and thought, “That was a pretty savvy play by GP, because now there’s no way they can say he didn’t make an effort to actually get within arm’s length of Nazr.”

And Crawford called defensive three seconds on him anyway. GP tried to argue, and you could read his lips saying, “I touched him!” as Crawford said, “No, you didn’t.” TNT had a great replay of it, with Payton iso’d as he ran over and tapped Mohammed on the back and then ran back. But because of the new “no bitching” rules, nobody on the Heat put up much of an argument, and the Pistons made their techincal free throw and the game went on. Not that big a deal — I’m sure multiple calls were missed both ways all night — but interesting that it was so obvious.

By the way: Dorrell Wright? Loved the lines cut into the side of your hair. Michael Irvin would have been proud.

Oh, and have you subscribed to the SLAM Newsletter yet? You should, you totally should. Just go to the front page of SLAMonline and fill in the boxes on the top right. Exclusive content, humor, all kinds of good stuff. Today’s is going to be a doozy…as soon as I get around to writing it.

And before I forget: Fri-Day! Yes!

QUOTES OF THE DAY
“And Ben would say, ‘Yes, that’s a problem.’ I mean, Ben Wallace has worn a headband and it has made his hair famous.” — Bob Hill, on the Bulls not allowing Ben Wallace to wear a headband.

“You should probably ask Bob Hill. I notice he’s commenting on a lot of different situations nowadays. I stay out of other teams. I’m worried about my own guys.” — Scott Skiles, after being asked a question about Tyson Chandler.

THE LINKS…
• Not only did Gilbert Arenas tell James Lang (no relation) that he could punch him “dead in the chest,” but Gilbert banned James from the Wizards locker room.

• Christian Laettner is closer than ever to being an NBA owner! Although there seems to be a lot of doubt as to whether Brian Davis and Laettner and that group really have the cash available.

• Yuck. Shavlik Randolph is on the chilling list for a while after suffering a fractured and dislocated ankle during Sixers practice. Andre Iguodala says it looked like Joe Theismann’s old MNF injury.

• Gotta like Darrick Martin nailing a three at the buzzer in Dallas solely to keep the Raptors three-pointer streak alive.

• Has Eddy Curry figured it out?

• Chris Mullin has his work cut out for him in Oakland.

• Doc Rivers made the Celts watch a video of missed defensive rotations from their loss to Jersey. Must have taken hours.

• Peter Vecsey has beef with someone…Lupica?