The Links: Sheed goes off, Adam Morrison has a girlfriend? 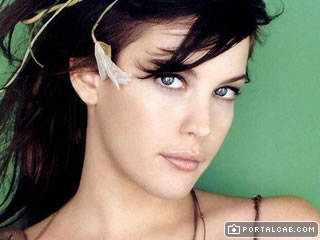 Monday! And I spent the weekend resting up, because I’ve got a few weeks of travel staring me in the face and I wanted to at least get a few days of doing nothing under my belt. And so I did.

Anyway, we’re a week into the season, and after a few days without The Links, there’s a lot to get through…

QUOTES OF THE DAY
“In my opinion, it’s really b.s. It’s just given them more power than what a majority of them can handle. You don’t really even have to say nothing. I said, ‘Oh!’ on the first tech because it was a good block. Then on the second one, the dude [Charlie Villanueva] threw an elbow and I told the other two refs that I ain’t going to be going for that.”I can deal with losing. I can deal with having a bad game and I can deal with shooting woes. But I can’t deal with dirty play and cheating. Then I told that to Luis Grillo, and he said something back and I said, ‘I am just letting everyone know,’ and that’s when they gave me that second tech and threw me out. I already know I’m public enemy No. 1. I’m on that black list. They tried to kick me out of the league before. I know that. It’s discrimination. I watched the Dallas-San Antonio game and I saw Tim Duncan doing a lot of pointing and everything I did. All it is is discrimination. If you already got a beef with a ref, then you have to watch out. And with me, that means about 90 percent of them.” — Rasheed, on the new rules.

“[David Stern] is trying to turn players into robots with the dress code and this no-tolerance law. I mean, what more can you say? It takes the fun out of the game. It’s not he is — he already did. You’re still going to be excited and emotional out there. It’s not like we’re sitting up there playing croquette or something where it’s not physical and you don’t have your adrenaline flowing. My adrenaline’s going to be flowing out there. They want you to come up and whisper to them. I ain’t going to whisper — I’ll just go out there and play hard. And be me.” — Sheed, again.

“You know what, just make it a CYO league. We’ll all be respectful. We’ll all go in our suits and ties. Feed us before and after the game. Little snacks. Have a team mom. The crowd, you have to be respectful. Sit down. Just clap. I understand the message, but there’s a better way to go.” — Rafer Alston, on the new rules.

“I’d have to be the biggest egomaniac ever to be upset about not playing because we have two hall-of-famers at my position (Tim Duncan and Robert Horry).” — Matt Bonner, on getting two DNP-CD’s since joining the Spurs.

“I can’t get mad at them for me playing like garbage.” — Stephon Marbury, on the Knicks fans booing him during the home opener.

THE LINKS…
• Jason Kidd says the new ball has been giving him paper cuts. Also, cool stuff here from Kidd, who is in awe of John Stockton’s career numbers.

• The only Eastern Conference team without a win so far? The Boston Celtics. Also, Wally Sczczczccbiak received four stitches after catching an elbow…from teammate Kendrick Perkins, who, of course, is a beast.

• Maybe more went down with the Jazz in Portland than everyone let on.

• Stephen A. Smith’s articles are about ten times as fun to read if you imagine Stephen A.’s voice in in your head while you read them.

• Good stuff from Peter Vecsey on Red Auerbach, including a couple of unprovoked shots at John Feinstein.

• Scott Skiles is already talking about shaking up the lineup in Chicago. Maybe because Jesse Jackson was wearing an afro at the Bulls/Kings game. Also, Skiles has banned headbands in Chicago.

• Ricky Davis called the TrailBlazers “a pack of roaches.”

• After having problems with an irregular heartbeat, Johan Petro’s heart regained its “wisdom,” and he sent a text message to the coach to ask for a meeting.

• Are the Cavs already worn out? And why was Liv Tyler in the front row in Charlotte for the Cavs/BETcats game? Can we start an Adam Morrison rumor?

• Shaq couldn’t sit on the Heat bench because he didn’t bring a sportcoat.

• It’s like a broken record in D.C.: Eddie Jordan is upset with the Wizards defense.

• Michael Lee gives us some games to watch this week.

• A story to bring tears to Ben Osborne’s eyes.

• Finally, David Wesley on his memories of Bobby Phills.