THE MJ/Gatorade Bottle is Here 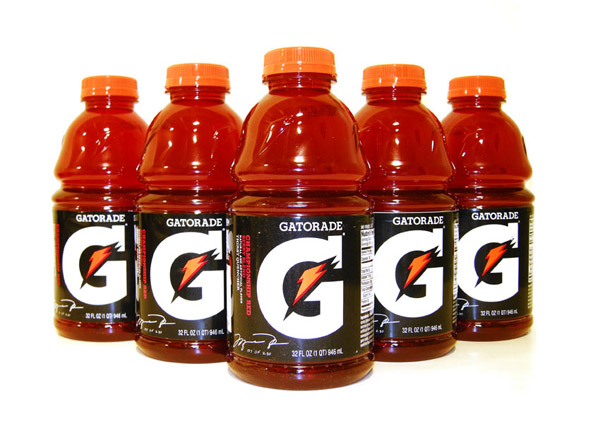 If you spent any time on this site in the last month, you noticed a lot of Michael Jordan coverage, and a lot of it contest-related. Why not? Dude went into the Hall of Fame, we made a great issue out of it (Selling fast. Order your copy before it’s too late.), and pretty much every brand that is associated with him did their best to take advantage of all the hype by putting out some product or another.

One of the coolest promotions during the Month of MJ was Gatorade’s Limited Edition series of Jordan bottles, capped off by the Facebook-run contest in which fans voted on their ultimate Jordan moment (as nominated by “experts” such as yours truly.) Well, as I wrote on the 1st of the month, our choice was the runaway winner, and the payoff has now arrived: I’ve got six of these bottles sitting in my office, and while one will take up residence on my cramped bookshelves (next to the bottle signed by MJ that the good folks at Gatorade sent me when they kicked off this whole promotion), the other five are for me to give away to five lucky SLAMonline readers. There were only 230 of these bottles made, so they definitely qualify as a rare Jordan collectible. Ten were put on sale on eBay with the proceeds going to the Make-A-Wish foundation. Of those 10, only two are left. Go here to bid if you want to take the charitable route to getting your hands on one.

If you prefer your collectibles to be earned via a well-written mini-essay on SLAMonline, then stay right here. Tell me, MJ fans, why Mike still means so much to you.

The writers of the five best comments, kept under 100 words, will win one of these special bottles.

Post your answers below; we’ll pick winners early next week.