The New NBA Store in New York City is Amazing

It opens this Monday, December 21. 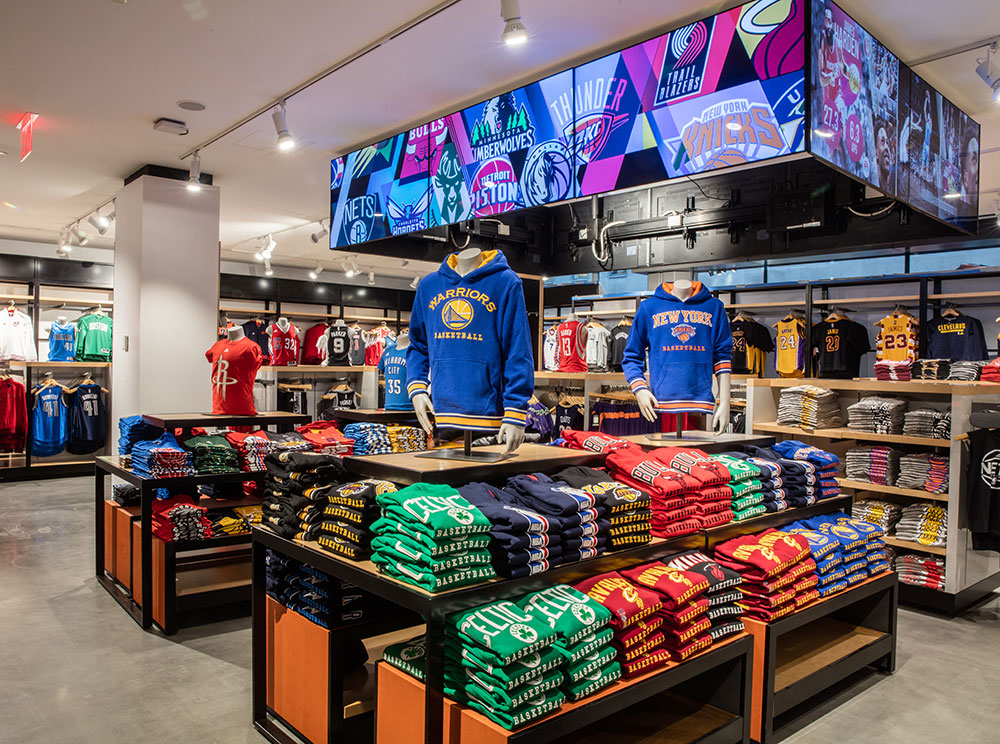 The new NBA Store, opening on Monday, December 21, is on the corner of 45th and 5th, in the heart of Manhattan. With an entrance featuring 32-foot LED structure resembling a basketball net that can be seen from 6th Ave, the front of the store is hard to miss.

And once that huge, color-changing net pulls you in, it’s gonna be hard to leave.

The new flagship spot has three floors and 25,000 square feet of dedicated space for the NBA and the WNBA. Nike, Jordan, adidas and Under Armour gear will be available, as will Mitchell & Ness apparel. From kicks to jerseys to hats to onesies, there’s no shortage of cool stuff to buy.

Yes, the 40-foot sneaker wall and jersey-customization spot (it can take as little as 15 minutes to be holding an NBA jersey with your name on it in your hands) and pop-a-shot and 2K areas and the exclusive Mitchell & Ness throwback area are all nice touches. But that’s all just secondary, because as soon as you walk in, the store just feels like home.

To anyone who loves basketball, this new store is more than just a store. It’s a spot to fall in love with the game all over again. There’ll be highlights, top-10 countdowns and live games on the main floor’s wrap-around screens that can be seen by people walking from across the street. There are two life-sized interactive display screens with everything from NBA, WNBA and D-League player stats and background to the NBA’s social media feeds to product information. The pictures on the walls, the decals on the floors—remember when Michael jumped from the free-throw line in the ’88 Dunk Contest in Chicago? His footprints, and the soles of the Air Jordan IIIs he did the dunk in, will be on the floor near the sneaker wall, making you feel like you’ve stepped into history. It’s magical.

The original NBA Store on 53rd and 5th used to feel like that. It used to capture your heart and make you feel like you were in the NBA. It wasn’t just the exclusive shooting shirts and authentic jerseys, either. It was a feeling that made you believe in the love of the game. It caught tourists and native New Yorkers alike, and the most difficult thing about the store was leaving.

With seven languages available on the two life-sized interactive displays and state-of-the-art retail technology that includes an app to translate languages, the new store is equipped to deal with people from in and out of town.

Starting in February, be ready to hear about exclusive sneaker launches going down at the new flagship store, and stay tuned to @NBAStore and #NBAStoreNYC for more info about the store and releases.

You’re gonna want to stop by. And then you’ll probably never leave. 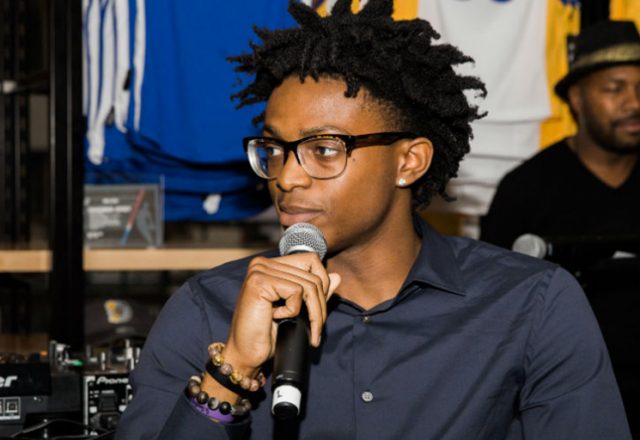 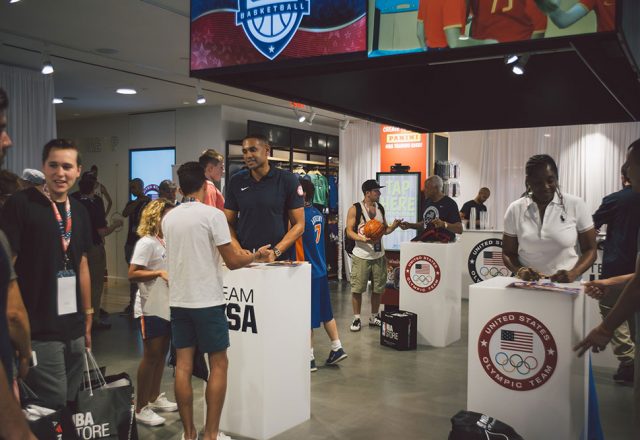 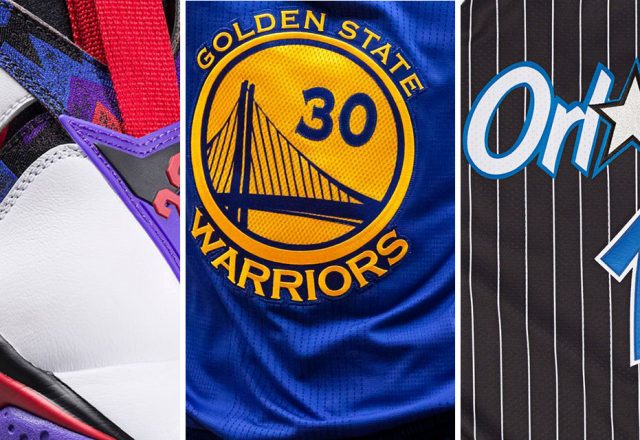 Here’s How To Get 25 Percent Off NBAStore.com 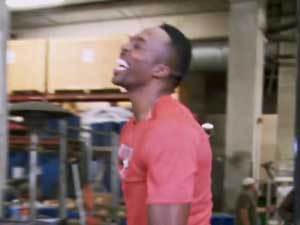