The One Player Every Contender Should Trade For 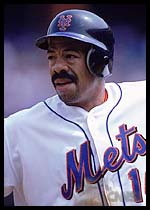 What up, people? It’s Wednesday, three days after the Superbowl, and my laptop has gone into its annual operation shutdown (word to Derek Bell). So the last three days I’ve been in the SLAM Dome using the computer our intern Konate usually works on. It also means I can’t get at all my bookmarks and my browsers and email and stuff, so I feel a little off-kilter, like a fish out of water. To top it off, it’s 15 degrees in New York today.

The other reason I was AWOL was that we were finishing up issue 107, which is going to be another winner. Crappy past few days all the way around. The lone highlight was arriving at work yesterday and finding “MVP 07 NCAA Baseball” waiting for me. My favorite video game of last year is back with a brand new edition. Sam and I have already broken it in. I got the new Winning Eleven for the 360 today, so I know tonight’s going to be a waste.

The best hoops game I saw over the weekend was the Hawks/Nets game. I didn’t attend in person because it tipped at noon on Sunday, when I’m usually just waking up. Also, wanted to save my energy to review Superbowl commercials. But I watched the Hawks/Nets from start to finish on TV, and I got to see Joe Johnson carry the Hawks (and kill Eastern Conference All-Star Jason Kidd) throughout the second half, finishing with 37 points. When Ty Lue sank that three to win at the end of overtime, I was up off my couch, furiously pumping my fist. Wifey saw the Hawks players celebrating wildly and said, “Look how happy they are!” It’s because they never win, I told her. Big win for the Hawks.

Monday night I watched a veritable smorgasboard of basketball. Started with Hawks/Lakers, which wasn’t much of a game. The Hawks were flat throughout, and the lone highlight for Hawks fans was Josh Smith’s unbelievable reverse alley-oop. Just watch this.

Later, after watching “24” and the latest episode of the maddeningly addictive “The Hills” — I’m not sure there has ever been more stupid people on one TV show — I watched some West Coast action. That Nuggets/Suns game was mildly interesting, but Nash got injured and Iverson was hurt and didn’t play. This forced a miserable Steve Blake/Marcus Banks match-up. Steve Blake, I’m sorry to say, just makes me nervous to watch. And Scott Hastings kills me to listen to — he might be the most biased/homer announcer in the NBA.

I can’t get enough of watching Chris Paul. As good as Deron Williams is, I’d still take Chris Paul over him, ten times out of ten. Paul made a play in the Hornets game the other night that had me shaking my head: He led the team on a break and got near the rim when he found himself in midair, and the trailer who was rushing the rim wasn’t close enough for CP3 to make a regular pass to him. So Paul bounced the ball off the floor and up into the air, and the trailer grabbed the ball on the way down and stuck it in the hoop for a lay-up. It was like a pass out of a Globetrotters game or something. And yes, I’d rather have Chris Paul than Marvin Williams. But we have Marvin Williams, so I’m living with that, and he’s actually much improved from even one month ago.

I also watched a lot of college ball, and while I’m still not a college hoops fan — the games seem so sloppy to me — I will allow that Texas A&M has the coolest court I’ve seen this year. Couldn’t find a picture online.

Back to the NBA. One player has really stood out to me lately, and he’s been standing out every time I’ve watched him play the last few weeks: Josh Childress. He gets next to no publicity because he’s on the Hawks and none of the so-called “experts” ever watch the Hawks play (as evidenced by Joe Johnson not making the All-Star Game). But Childress is their most consistent player, and he’s probably their smartest player, too. He knows when to take guys off the dribble, he knows when to get the ball to better players, he’s shooting 53-percent from the floor, he guards everyone from point guards to power forwards. I’m just not sure what he’s doing on the Hawks. He would immediately make San Antonio or Los Angeles or even Phoenix a much better team. The only team I’m not sure he would help straight away is Dallas, although he surely wouldn’t hurt them.

This should lead into a discussion about Hawks GM Billy Knight and the way he’s mismanaging this Hawks team, but I don’t want to go there right now.