The perfected science of drafting 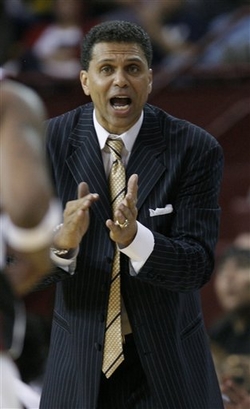 With the draft approaching I decided to read the latest Chad Ford column. This is the “tier” column, meaning lumping similar typed prospects together. I can’t speak for Chad, but when I was writing my Dirty 30 power rankings columns, I would go to the tier approach when I was feeling lazy. Maybe he’s more scientific about it. I do not know. One thing is for sure, Chad is really pushing himself into becoming the Mel Kiper Jr. of basketball. He’s on the phone with GMs and scouts all day, and I suppose they could be telling him the truth about their thoughts, but I know if I was one of those scouts/GMs, I’d just make stuff up to mess with him and his millions of readers. Is that unethical? We are talking about NBA GMs here. This is the column if you haven’t seen it.

For some reason, I get insider on my computer, even though I don’t remember ordering it. It’s freeeeeeeeeeee!

Anyways, I was about to read the column and get ready for the draft like cramming for Finals when I was in school, as opposed to someone like Chad or Mel Kiper who live 364 days of the year to make their money on the 365th. And then you are hit in the face with this paragraph:

Obviously both lists are imperfect because the draft is a bit of an inexact science. NBA teams do more than just watch prospects play games. They work out players, give them psychological tests, do background checks and conduct personal interviews. All of this factors into the process and could change opinions.

WHAT!?!? An inexact science? Imperfect? Then why the scientific approach? Why the 364 days of build-up until one night? I don’t mean to make this all about Chad Ford, but he is the king of the NBA pre-draft mountain. He’s podcasting, he’s constantly revising rankings, he’s working really hard. There is one factor that makes all of this moot though; most NBA GMs don’t know what they are doing. Having a “war room” makes it seem like they do, or talking about how many phone calls they are making and all that traveling and due diligence gives the impression of a brain at work. Not always the case. You’ll see in a little more than a week. So, you can make a list of what team has what needs and give them a guideline for what they should do, but it won’t happen that way. All it does is provide fodder for post-draft columns about how so and so messed up by taking this guy, who was only supposed to go to his team because that’s how it was predicted by the same writers pre-draft. I like Isiah’s approach. “Balkman isn’t on any journalists radar? I’m taking him in the first round, just because I can.”

Stay tuned (to your computer) for our mock drafts and analysis and pre-rankings and stuff though.

Two other NBA-related stories coming in. First of all, the KOBE tape has reached the mainstream media level, and is gaining momentum as a story. This is perhaps the most public of Kwame Brown’s many humiliations. It is a pretty amusing story. In KOBE’s defense, who hasn’t been caught on camera dropping F bombs and making fun of Kwame and Mitch Kupchak? I know KOBE is completely insane, but his relationship with society is going to push him even further out there. It’s like people are just poking him with a stick, hoping he’ll snap. This is taking on Tom Cruise and the water pistol microphone proportions.

And who are these people that put the video on the web, you might ask? Can they really be KOBE’s friends if they are doing this to him? Personal anecdote time. Some years ago, I was at this rooftop party where there were alcoholic beverages and a video camera running. This one friend of mine has always been very guarded of his “public image” while privately he says some of the most messed up unrepeatable one-liners ever created. I am actually working on a book about him, that’s more of a compilation of quotes. Anyways, on this night the camera caught him saying “Women are only good for two things. Practicing your lies on and getting your…” I can’t reveal the second half until it’s time to build buzz for the book. Just know that it is offensive and hilarious. That video was watched many many times, and if youtube existed back then, it would have been put on the internet. Would we have sold out our friend to put that video in the public forum? Well, how else are you supposed to make money?

So, there you go. “The tape” is out there. Pamela and Tommy. Paris in nightvision. R Kelly. Kimmy and Ray J. Kobe. People love mystery tapes. Our Vince Carter tape is better.

The second NBA story is much happier. Reggie Theus will coach the Sacramento Kings. This possibility was floated about a month ago and I wrote a quick post on why it was so pleasing. Those reasons all hold true (okay one reason: HA-AAANG TIIIIIME! HAAA-AAAANG TII-IIIME!!!), but now it’s even better because it means Larry Brown won’t get the job and his NBA/NCAA/ABA resume couldn’t beat an ex-children’s sitcom star who coached at New Mexico State. Hey Larry, every time you beg another team for a job and get rejected, an angel gets its wings. That’s not a nice thing to say, and I assign blame to the ’05-’06 Knicks season for it. This is sweet justice.