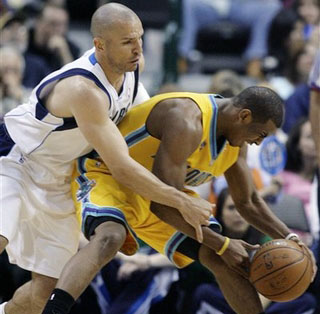 As I sit down to write this final edition of the Post Up, even the playoffs cannot make me smile. I just need the games to start because there is going to be one big void without our daily recaps here. I’ve been sitting down, staring at the tv, in a bit of a trance with this blank word document staring back at me. Great.

How do I sum up what this year, this column, opportunity and people have meant to me? I know, I’ll try to keep it short so we can get to talking about the playoffs. I’ve done a whole lot of recapping this season, so I feel I’m justified to do this my way, one last time. If you want the NBA goods, keep it scrolling.

From an essay for a writing class I took in freshman year. Note: this is the piece you are getting because the essay I wrote about Lang is way too gushy to ever see the light of day or internet.

“I write constantly. I write about very diverse topics, but always passionately. The ultimate dream would be to have my own daily/weekly basketball column much like that of Lang Whitaker’s “The Links”. www.slamonline.com/links is a daily stop of mine and to have a forum where I could share my thoughts about the game would be the greatest gift of all. I know that starting out this will not be possible, but I do believe that eventually I will earn it, even if I do not have anyone reading for the first few years.”

Well, thanks to Lang, Sam, Ben and Susan I got to start out with a daily column. I’ve been fulfilling my dreams in these past eight months and I have been building bigger ones with each passing day.

To Lang, thank you for taking the time to read that ridiculous email and for ignoring typo’s that were born out of my fingers tapping the keyboard too quickly because I was terrified you would have chosen your applicants before I managed to get my email in to you.

To Sam, thank you for doing everything that you do, and for putting up with my questions, comments and Lakers love every day of your life (At least Monday-Friday).

Ben, thank you for letting me believe that before long I will make the jump from web-to-print, but if you need someone for the site, you know where to find me.
Susan, thank you for being you! For putting up with frantic emails about press passes and credentials and for always soothing my nerves and being so damn nice while doing it.

To all of the SLAM writers, you inspire and influence me daily. Always have and always will. I will be flooding your articles with comments, so brace yourselves. The best thing about this site and magazine is that the writers are all so fantastically different with one thread that ties them all together. That thread is passion for the game. There is no other basketball magazine out there that captures and encompasses all that SLAM does. It makes me beyond proud to be a small part of this.

I guess my biggest thank you goes to all of the regular readers and commenter’s who have so graciously jumped on board with the Post Up and helped to turn it into a home. These recaps have been so much fun to write and they truly have been a blessing for me, so thanks for making this experience so amazing.

To the people who gave me love immediately and to the boys that hung back to see if I proved worthy, thanks for taking the time to read everyday, for commenting and for being a part of what the Post Up is. If SLAM is the best basketball site on the net (it is), the Post Up is like the Lounge where everyone gets to hang out and talk about games that they stayed up too late watching. As choked as I am to hand it over, I will still be around commenting my little heart away. I’m even thinking of changing my name. Maybe not, but if you see a username pertaining to “Jax” in any way, shape or form, you know it’s probably me.

These eight months have taught me that any dream is within reach if you aim highly enough. From the first recap to hanging out in the Lakers locker room, I have this entire experience etched in my heart so I won’t forget a second. Thank you.

One little announcement, before we move to the NBA. Over the offseason I will be writing a weekly column for Hardwood Paroxysm. It’ll be every Wednesday and sounds like it should be fun. After you’ve checked out SLAM, stop by and check me out over there.

Whew. Okay, NBA…. The regular season is over and the biggest game of the night was the Utah/San Antonio contest where the Jazz needed to fight for homecourt advantage in the first round. Of course, being in San Antonio they got blown out and will face Houston, on the road.

Mehmet got a little feisty at the end of that game and smoked Oberto in the face.

Brian Skinner and Jarrett Jack were both ejected from the Suns/Blazers game last night and they don’t know why. I don’t know either, to be honest. If you saw the game, what are your thoughts?

The shot clocks went dead momentarily in the Chicago/Toronto game last night. It was a good thing there was not anything riding on that contest because their solution was to have the Bulls announcer call out the shot clock.

Congratulations to Ricky Davis for surviving all 82 games in Miami this season. They were not pretty, he was not overly impressive and he took criticism from Shaq along the way, but I’m betting he will enjoy the vacation.

Kevin Durant finished off his rookie season by dropping in 42 against the Warriors in a win last night.

Washington/Cleveland series, who’ve you got? I’m going with the Wizards because I want them to win so badly. I just love Caron, Gil, Antawn and DeShawn. They are crazy and so much fun to watch. It’s going to be intense.

As a Laker fan, I think I’m happy that we face the Nuggets rather than the Mavs. I’m not going to pretend that Iverson and Melo don’t scare me, but the Mavericks just look way too confident right now. New Orleans is going to have their hands full.

San Antonio/Phoenix is going to be one wild first round series. Let’s see how man minutes Bowen lasts without getting called for a flagrant or before someone on the Suns complains to the officials about him. Damn Spurs have been toying with us these past few weeks, looking like they’ve lost a step then coming out and torching the Jazz.

It is going to be fun, guys. I can’t believe the playoffs are here. Let’s go Lakers.

With the Jazz needing a win to secure homecourt in the opening round of the playoffs they came to San Antonio focused. Once the game tipped off, that focus went completely out the window and the Spurs ran the Jazz out of the gym. Leading 30-21 at the end of the first quarter, the Spurs had blown the game open by halftime thanks to a 35-18 second quarter that had them leading 65-39 at the break. While the Jazz were able to stay even with San Antonio in the second half of the game they were completely unable to cut the lead and as a result will now face Houston on the road for the first round. The opening round series for the Spurs will be against the Suns. Tony Parker had 24 points and 12 assists for the Spurs as Tim Duncan had 14 and 11, as Manu Ginobili and Michael Finley each scored 12. CJ Miles scored 12 points off of the bench for Utah while Mehmet Okur scored 11 points and Carlos Boozer added 8 points and 10 rebounds in the loss.

With the Dallas Mavericks able to control who their first round opponent would be depending on whether they won or lost against the Hornets, they found a way to win. With that win comes a series with the same Hornets as the Mavs retain possession of the seventh spot in the West. While the Hornets led by two at the break, Dallas outscored New Orleans 35-28 in the third to take control as Jason Kidd got rolling and finished with his 100th career triple-double, also his first as a Maverick. Jason Terry got involved in the run as well, ringing off 13 of his 30 during the 32-8 run that spanned the third and fourth quarters. While the Hornets would get within four in the final quarter, Dallas kept their composure and calmly extended their lead back into double figures to take the lead and get inside the head of their opponents. Kidd finished with 27 points, 10 rebounds and 10 assists. Terry scored 30 points off of the bench, Josh Howard had 19 points and Brandon Bass had 13 points and 12 rebounds. Chris Paul had 20 points and 10 assists for the Hornets as David West scored 26 points, Peja Stojakovic had 17 points and Bonzi Wells added 16 off of the bench.

With the Jazz losing to the Spurs the Rockets could gain homecourt in the first round with a win against the Clippers, despite being the lower seed in the series match up. Knowing how horrible the Jazz are on the road, this was a golden opportunity for the Rockets and they did not let it slip by, downing the Clippers 93-75. Houston didn’t waste any time setting the tone in the game, leading 35-17 at the end of the first quarter, and using that lead to sustain them the rest of the way through as the Clippers could not play catch up and never led in the contest. While Houston led by as many as 25 points in the game, the Clippers got within 10 points in the third, but the Rockets responded quickly and extended the lead. Luis Scola finished with 22 points and 10 rebounds for Houston while Bobby Jackson scored 15 points and Tracy McGrady added 11 assists. Elton Brand had 18 points and 12 rebounds for LA, Josh Powell had a 10-point, 10-rebound double-double and Corey Maggette scored 22 points off of the bench.