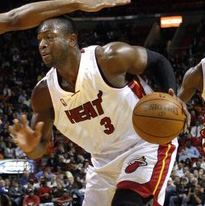 I didn’t watch much basketball last night. The Raptors were out of town, my plan was to settle in from the cold and catch up on some teams I haven’t gotten to watch as closely as I’d like, but it didn’t happen. It didn’t happen and I’m quite alright with that.

It didn’t happen because yesterday morning, my mother called and told me that my uncle had passed away, ending his battle with cancer. My brain was a little bit scattered for the remainder of the day (I called Reggie Evans “Reggie Miller” in a piece), and I had about six convos with my mom before the night was through, just because I felt the need to talk to her.

Toronto to Nova Scotia always seems farther when you are feeling helpless.

The day also made me realize how much this game (and this site/magazine), has given to me in terms of people. Support. Friends. And also, friends who have become family.

Because this happened while I was in work mode at a coffeeshop writing, the people who were “around me” were fellow writers who were Tweeting, G-Chatting and emailing. They were the ones who heard the news, made sure I was cool and then checked in as the day went on. Or, stayed up way late, talking with me about books and ball, music and other things, keeping me distracted.

It hit me that while I’ve only hung out with some of these people in person once or twice, through our love of basketball and our respective jobs, these beautiful, amazing people get me more than some of the people I’ve known for years.

They understand that I stay in on Fridays and Saturdays to watch basketball because I just know the basketball Gods will punish me if I go out instead and that they reward me by allowing Kobe Bryant to hit ridiculous buzzer beaters while most of the world is out. They get that it is freaking news when Roko Ukic is waived and goes overseas to play and that it makes me happy to see our cover boy Brandon Jennings Tweeting to him. They know that Michael Beasley in a fro makes me smile and that digging up footage of the 1997 rookie game is only a quick Google search away.

They’ll discuss the ins and outs of this Gilbert Arenas/Javaris Crittenton mess with me, even though we really don’t know much of anything for sure, they’ll listen to me wax poetic about Omri Casspi and they’ll talk about the second, third, fourth and fifth options on the Blazers (not that they’ve got fourth and fifth options when they have about six guys dressing on any given night). Of course, they will also share everything they know about former Blazer and current Raptor, Jarrett Jack.

They share photos of their family, well wishes on holidays (and not just mass “Happy New Year,” “Merry Christmas” texts, either), lament over being sick during vacation when we’re supposed to be living it up since we spend every other night in. They pass along contacts, agent names, writing tips, feedback and encouragement and more of their time than I could express here. They email transcribed audio that didn’t make their story because they know I want to hear it and remember when Stephen Jackson is coming through town.

When Shaun Livingston is let go, they hit me up because they know he is my guy.

What’s more, they’re no longer just limited to the basketball portion of my life.

Somewhere along the way, the line between ball and reality got blurred because for us, ball IS life. Truly.

And now, we talk about family and friends. Hopes and dreams, in addition to Hoop Dreams.

These people make the so-called “drawbacks” of this job –crazy lifestyle, complete lack of a social life and these ridiculous hours– worth it a million times over.

As do each and every one of you all, with respect to this column. Even when I’m not commenting, I’m here reading and appreciating. Thank you for every comment, email, Twitter message, facebook inbox message, etc. For the support, suggestions and shared basketball love. On game days, it usually isn’t until late afternoon in between shootaround and game time that I get to check out your thoughts, long after everyone has moved on to the next column, but I’m here. Always.

Yes, even if someone’s gonna get pissed at me today for not talking about the Blazers losing to the Clips or the Hawks falling to the Heat. I love it all.

Thanks for being a part of my basketball journey and for making me who I am today, who I was trying to be yesterday and who I hope to become tomorrow. When I went home for Christmas and people asked about work, I realized that work is everything I’ve dreamed of and more than I had imagined. Basketball began giving me happiness many years ago, but for an only child from a single-parent household from a teeny town in Nova Scotia, it’s also given me an extended family that’s lovelier and zanier than any I could have dreamed up.

With every piece of a heart that’s feeling just a little heavy today, I thank you for being part of that.