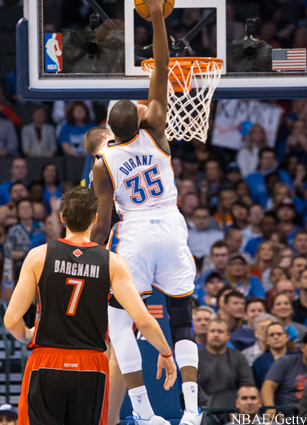 In fitting fashion, a great game in Chicago saw the Bulls pull out a win the same night their hometown man Barry Obama was re-elected prez. The two superstar-less teams got contributions from everyone who touched the court in a hard fought contest that

was close until the final minutes of the fourth quarter.

While Orlando battled throughout and looked as if they might earn their third straight victory, they finally fell apart late and the Bulls took full advantage. In the fourth, Chicago scored the first six points to take a four-point lead over their opponent. Over the final 12 minutes, Chicago shot 57 percent from the floor while the Magic only connected on 9 of their 24 shots to shoot 37.5 percent. Down 84-79, Orlando had a chance to cut the lead to two on a JJ Redick three. He missed but Big Baby Davis recovered the rebound and kicked it back out to Redick who clanked another open three. As Orlando struggled to score, the Bulls eventually pushed the lead to 10 with 2 and a half minutes to go thanks to big shots from Taj Gibson and Jimmy Butler who were being used primarily for defense.

Joakim Noah has been on a tear to start the season and last night he dominated inside with 20 points, 9 boards, 5 blocks (!) and 4 assists. Luol Deng added 23 and Gibson scored 12 off the pine. Aaron Afflalo led Orlando with 28 points.

— E’Twuan Moore has been playing very well in a starting point guard role for the Magic. Last night, he had 17 points, 5 boards, 2 assists and only 1 turnover.

— The Bulls have not lost back-to-back home games under Tom Thibodeau.

— After the game Nate Robinson had a revealing quote: “I think we wanted it more. Coach said to do whatever it takes to get the win.” This team believes they can win and are committed to their coach.

The Thunder absolutely smacked the Raptors, jumping all over them from the get go and never letting their foot off the gas in a 20-point dub. This one was over pretty much from the get-go after OKC ripped off a 9-0 run that Toronto never recovered from and they eventually fell behind by as much as 30. After looking lethargic against Atlanta in a loss earlier this week, the Thunder came out as if they had a statement to make. OKC clamped down defensively and suffocated a Raptors offense that had been putting up numbers as late. The high-scoring backcourt duo of Kyle Lowry (2 points) and DeMar DeRozan (8) were held completely in check–though much of that has to do with the fact that Kyle Lowry left the game with an ankle injury. Six Thunder players scored in double-digits and Russell Westbrook bounced back from a few tough outings with 19 points (5-12 shooting), 8 dimes and only 1 turnover. Rookie Jonas Valanciunas led the Raptors with 18 points and 6 boards.

— Hasheem Thabeet scored a career-high 10 points and looks like he may have saved his career based on his play thus far.

It seems as if the best way to get out of a losing funk is to play the Pistons; either that or Detroit is just really bad. Just as the Lakers did on Sunday, the Nuggets beat up on an underwhelming Detroit team to earn their first victory of the season. Andre Iguodala came up big for the Nuggs and single-handedly put the game away. Once the Pistons trimmed the deficit to seven, Dre hit two free throws, threw down a dunk and hit a 15-foot turnaround jumper to put Denver up 13 and the game out of reach. Iguodala finished with 17 points and 10 boards as he continues to get comfortable with his new teammates.

— JaVale McGee had 16 points and 3 blocks off the bench.