The Return of Dajuan Wagner 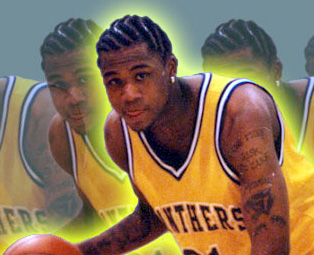 Anyone recall this Dajuan Wagner kid? As a high school guard, he basically was LeBron before LeBron. I don’t mean that in terms of basketball style or ability, but Juanny was famous by his senior year, with stories in SLAM, GQ, Sports Illustrated, everywhere. He played one year of college ball at Memphis, then went pro, where he was drafted 6th overall by…the Cleveland Cavaliers.

Then things got weird. The Cavs said he was dehydrated, he was injured all the time, he spent time in the hospital, and then they discovered he had collitis, which basically means you have open sores in your colon. Ugh. Then, not even a year ago, doctors removed his entire colon.

We’d heard whispers that Dajuan was mounting a comeback, but word came over the weekend that Juanny had been signed by the Golden State Warriors. Obviously we haven’t seen him play in a few years, but the one thing I remember from Juanny as a high schooler was his incredible work rate. SLAM’s Ben Osborne went down to Camden and watched him working out and came back raving about the kid’s drive and desire to improve.

All those unfulfilling years in the NBA, I think it’s safe to say, people probably suspected that Dajuan wasn’t successful because he wasn’t putting in the work. What we didn’t know, though, was that he was falling off because his body wasn’t right. He obviously feels well enough to return, and he showed the Warriors enough to get a second chance.