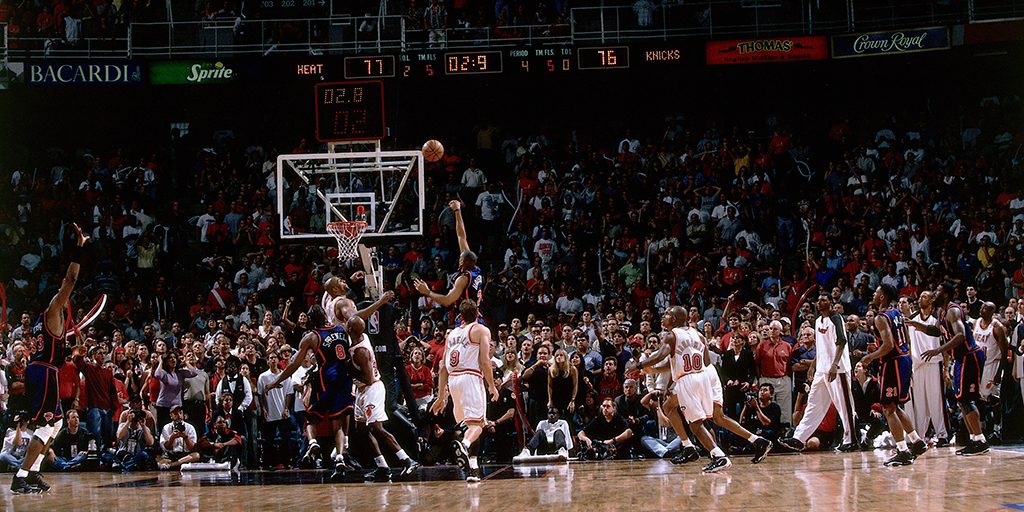 Eighteen years ago today, Allan Houston helped his team complete an incredible upset in the first round of the playoffs.

The series-deciding Game 5 between the No. 8 seeded Knicks and the No. 1 seeded Heat came down to one shot. New York had possession trailing 77-76 with just under five seconds remaining. Sharpshooter Allan Houston caught the inbounds pass, ducked under a few defenders, and took a running floater that bounced off the front rim and fell through. Peep the clutch play above.

The Knicks were just the second No. 8 seed in NBA history to take down a No. 1 seed. They went on to go to the Finals, where they lost to the Spurs in five.