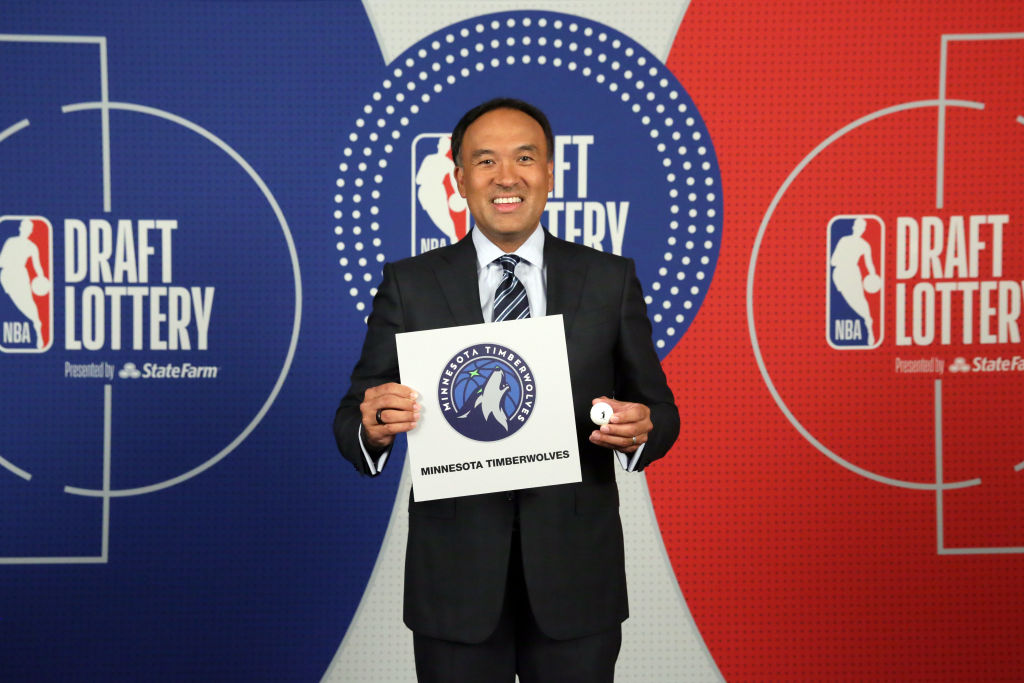 After winning the NBA lottery, the Minnesota Timberwolves have the No. 1 overall pick in the 2020 NBA Draft. In many drafts, there is a clear best player projected to be selected first, but in this draft, that doesn’t appear to be the case.

Although there is no frontrunner to make for an easy choice, Timberwolves President of Basketball Operations Gersson Rosas isn’t concerned. Rosas recently told Eric Woodyard of ESPN that he’s confident that he and his staff will make the right decision come draft day.

“There’s no guy that has separated himself from the pack from public or external view, but I’m very confident that as we go through this process, the talent will rise to the top and we’ll be confident about identifying one guy as the best guy, the best talented player with the most upside and most ability for our organization.”

The Wolves will have a ton of flexibility during the draft as they also own the No. 17 and No. 33 picks in the 2020 NBA Draft as well. If there isn’t a guy they love at No. 1, they certainly could trade back or package several of their picks for assets that are already in the league or future picks. Rosas says that his staff has been looking at prospects all across the board as there are so many different scenarios that could play out with their picks.

“For us, we typically study the draft from 1 to whatever number we feel like is a draftable player. We’ll evaluate those guys for trade scenarios, trade back, trade out, for undrafted free-agent opportunities, for minor league opportunities, so we really beat up the draft board as much as can all the way up until the draft.”

Holding the No. 1 overall pick in an NBA draft is always a good thing. However, in a draft where the top guy isn’t obvious, expect the Minnesota Timberwolves to explore all options.