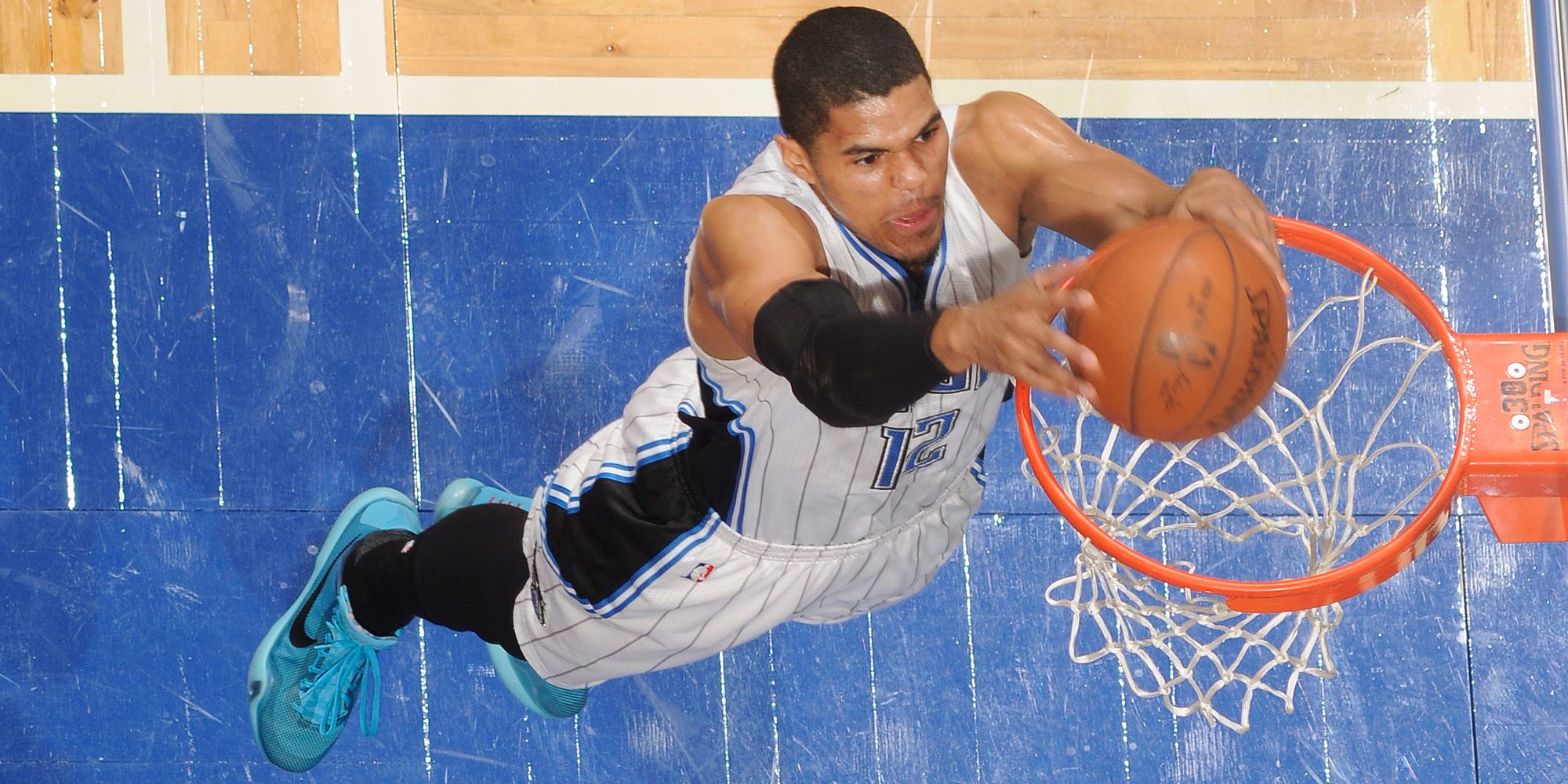 “What do you want to do tomorrow?” It was 3 in the morning, July 2013, and Tobias Harris was enjoying some eggs, home fries and green tea at the Candlelight Diner, a favorite spot of his going back to high school. Three hours ago he had turned 21 and Tyler, one of his younger brothers, and the three friends eating with them wanted to know how Harris planned on spending the sunlit hours of his birthday.

Harris didn’t drink any alcohol that night. He never does, he says, and his cohorts back this claim up. “He probably drank Shirley Temples,” says Chris Cox, a long-time friend. And yet, for obvious reasons, mainly that only crazy people get up early on their 21st birthday to exercise, those at the table thought he was kidding.

A few hours later, at 5:45, Cox, who decided not to set his alarm, was woken up by a call. He answered with a groan.

“You coming or not?” the eager voice on the other end of the line asked. It was Harris. The sun was beginning to rise and yet, there he was, standing on the track of his alma mater, Half Hollow West, waiting for his friend. His request the previous night had, apparently, been a serious one. The Magic had given him some homework for the summer—one of those grueling, arduous circuits where you have to do a bunch of sprints in a certain amount of time and if you come in too slow you do it again—and he didn’t want to miss a day.

Most men spend the morning after their 21st birthday sleeping off a hangover. Tobias Harris spent his on a track.

Harris says he doesn’t show much emotion in public, but right now he’s crying in front of a packed gym. They’re not sad tears, but not really joyful ones, either. It’s just, well, he’s worked so hard to get to where he is today, an NBA player who just completed a season in which he averaged 17 points and 6 rebounds per game, a soon-to-be 23-year-old about to become a restricted free agent and, likely, sign a multi-million dollar deal.

Of course, everyone who makes it to the NBA got there by working hard. With Harris, though, the story’s a bit different.

It starts with his dad, Torrel, who put a ball in his son’s hands six months after he was born. Tobias and his siblings—there are six kids in the family; they all play ball and their names all start with “T”—played on one of those Fisher-Price hoops, until all the force of all those dunks eventually tore it apart. By the age of 5 Tobias was  frequently visiting the local the YMCA, where Pops made him dribble back and forth and shoot lay-ups with both hands.

“The workouts got torturous at times,” Tobias admits. “I probably quit basketball like 50 times when I was younger.” But as he got older, his feelings slowly began to change. “I started getting really good,” he says. “And then it became fun.” He started craving those drills and the feelings they would bring: sweat dripping down his face, his shirt soaked through, his body exhausted and unable to move. In high school he woke up every morning at 5:30 to run two miles before classes began. After school he’d get two more workouts in before he went to sleep.

Torrel, a former agent, also called upon his friends to inculcate his son. There were summer days learning footwork and fundamentals in the San Antonio home of George Gervin. Dale Ellis illustrated where the elbow should be pointing and how the ball should be gripped when shooting a jump shot. Bernard King taught Tobias the myriad different ways a player could score. 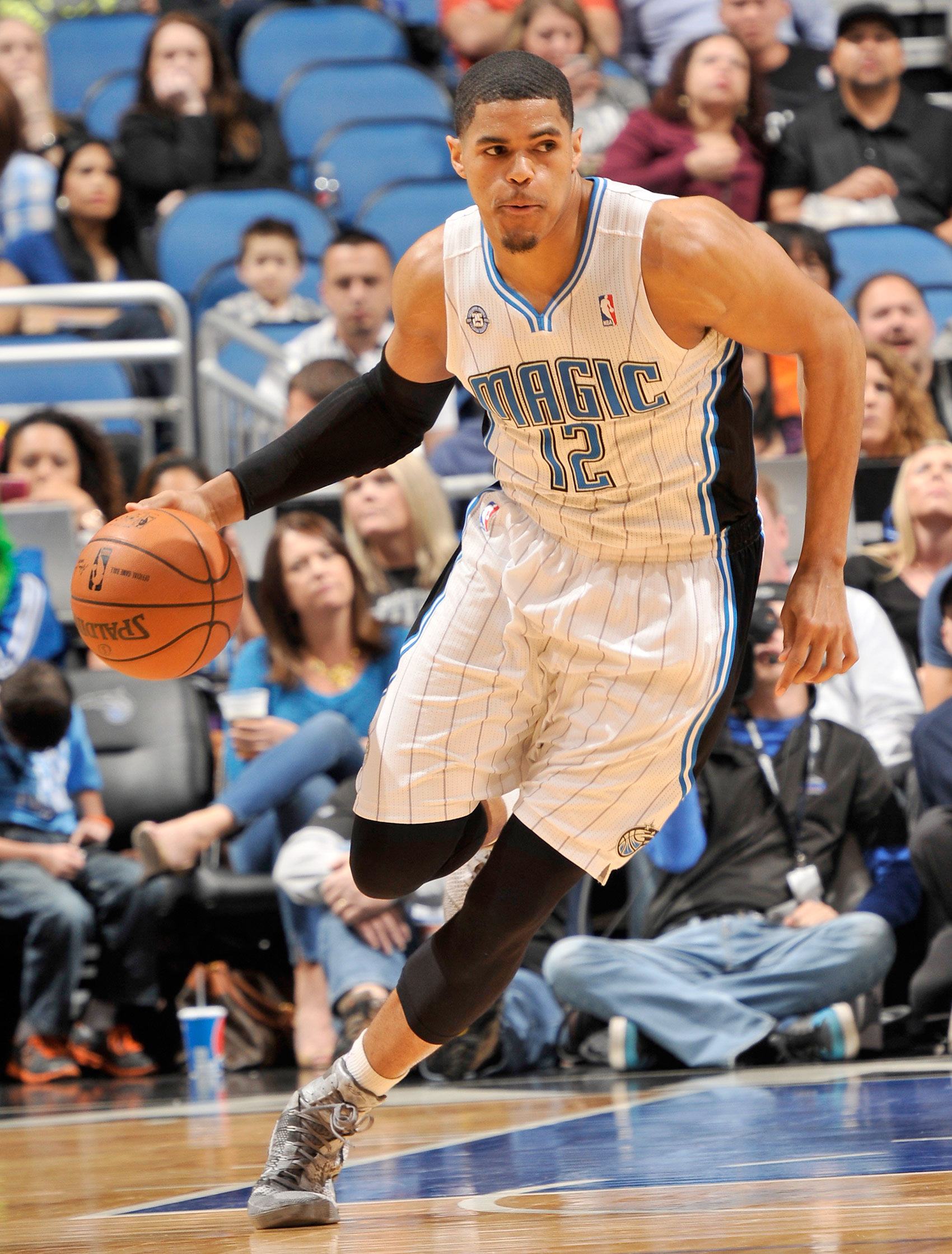 “He was so receptive to all of it,” says Torrel. “And once he got to high school, if he didn’t go hard, then I’d jump on him.”

That’s why on this January night, Harris is crying. He’s just had his high school number retired, and now a banner hangs on one of Half Hollow West’s gym walls. He’s wearing slim dark pants, dark shoes and a fitted wool coat. A gold chain peeks out. He looks slimmer in person than on TV, where his chiseled 6-9, 235-pound body jumps off the screen. With the mic in his hands, Harris begins to dole out thank yous. To his coach, Bill Mitaritonna. To his teammates, many of whom are present. His grin stretches ear to ear.

And then he gets to his parents, Torrel and Lisa, both of whom are standing to his right. Torrel is a house of man, just barely shorter than Tobias but with broader shoulders. He and his wife are holding a framed white jersey with the words HALF HOLLOWS stitched in red. A few sentences in Tobias starts choking up. Then the tears flow.

“I’m not really a crier,” he says later when asked about that moment. “It’s just I get so emotional seeing them up there with me, and so proud of me.

“They pushed me hard, real hard. But it was always in my best interest. It’s because of them that I’m the player—and person—that I am today.”

He’s asked if he ever felt they pushed too hard. He pauses, then thinks about that time when he was a third grader trying out for the fifth grade CYO team. There was a dribbling drill, and Tobias, after losing control of the ball, fled to the bathroom to cry. His father, witnessing it all, followed his son in. Don’t worry about what happened, Torrel told Tobias. Just go back out there and show them what you can do.

The need to work never stops. The further along you get, the more you have to push yourself. At least that’s how Harris looks at it. For him, just making the League was never the goal, and so when he felt himself getting winded on defense during his first full season in Orlando—in February 2013, Harris was traded to the Magic by the Bucks, who selected him after just one year at Tennessee with the 19th pick in the 2011 Draft—he made a point of improving his conditioning that summer. That’s when he started with the sprints. That same season, Harris saw his three-point shooting percentage fall to 25 percent. So, in the offseason, he and Torrel took a look at some tape. Torrel noticed that Tobias, after catching the ball, was dropping his hands down just a bit before rising up to shoot.

“He actually saw it first and I didn’t believe him,” Tobias says, laughing. “He told me shoot 20 my way and 20 his way and see who does better.”

Tobias then pauses, and smiles. “He was right.”

This season Harris shot 36 percent from deep and 44 percent from those all-important corners. His coach in Orlando, James Borrego, says Harris’ shot had more arc this year, that it used to be a little flat. Harris could always create off the dribble and score in the post. 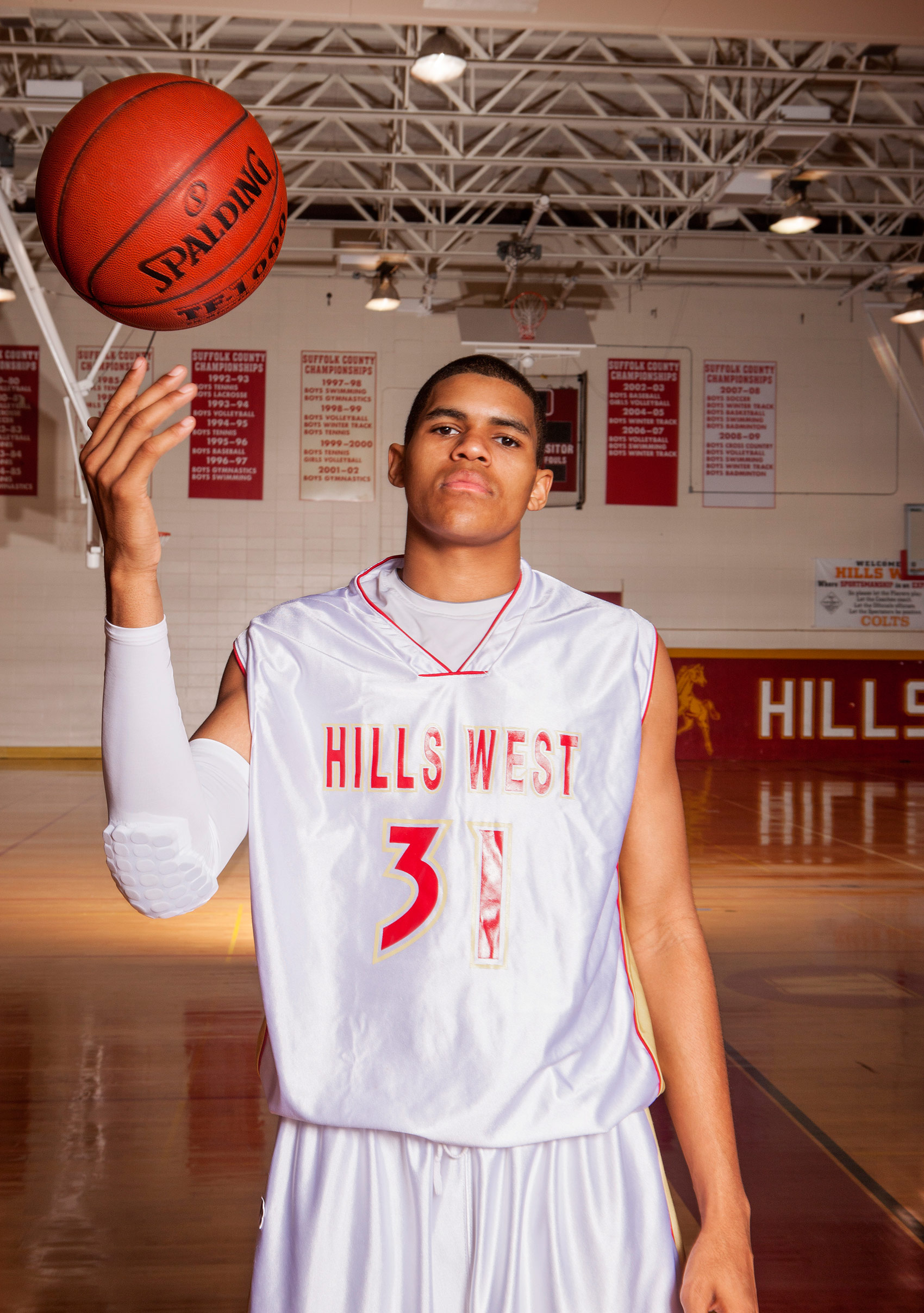 But now, “He can space the floor and play either forward position,” Borrego says. “On offense he either has a post-up advantage at the 3 or makes the other team adjust to us when he’s at the 4. And on defense he’s got the size, strength and quickness to match up with opponents at both forward positions.”

What Borrego says he’s most impressed by is Harris’ improvement on defense off the ball. Harris is competitive. Annoyingly so. His teammate and cousin, Channing Frye, says he “needs to win in everything. He wants to be first on the bus, first in warm-up lines, first to be showered.” This was hurting Harris on the defensive end.

“Guarding guys was always something he committed to,” Borrego says, “but I think it took him a bit to learn that being attached to your own man all the time, and trying to always keep him from scoring, can actually hurt the team.” Harris concurs. “I never wanted anyone to score on me,” he says. “But as you get more familiar with players and teams in the League, and watch more film, you start figuring out where you’re supposed to be.”

The same thing can be said off the court, where Harris has figured out what kind of person he wants to be, too. He rarely parties; he spends most of his time in the gym. Even his hobbies, such as playing chess and reading motivational books, such as The 48 Laws of Power, seem to be offshoots of his incessant need to compete.

And yet, at his heart, Harris is just a kid from the land of EPMD. It’s not uncommon for one of his friends to receive a call because Harris needs to know how to beat a certain level of Dragon Ball Z. He spends time every month meeting with local high school students and donates gifts to them at Christmas. In the summer he runs a camp on Long Island and officiates the games.

Before grabbing a whistle, though, he always makes sure to break a sweat. After all, it’s never too early to go for a run.

“I want to be a killer in this league,” Harris says. “To get where I’m trying to go, that’s the mindset you have to have.”