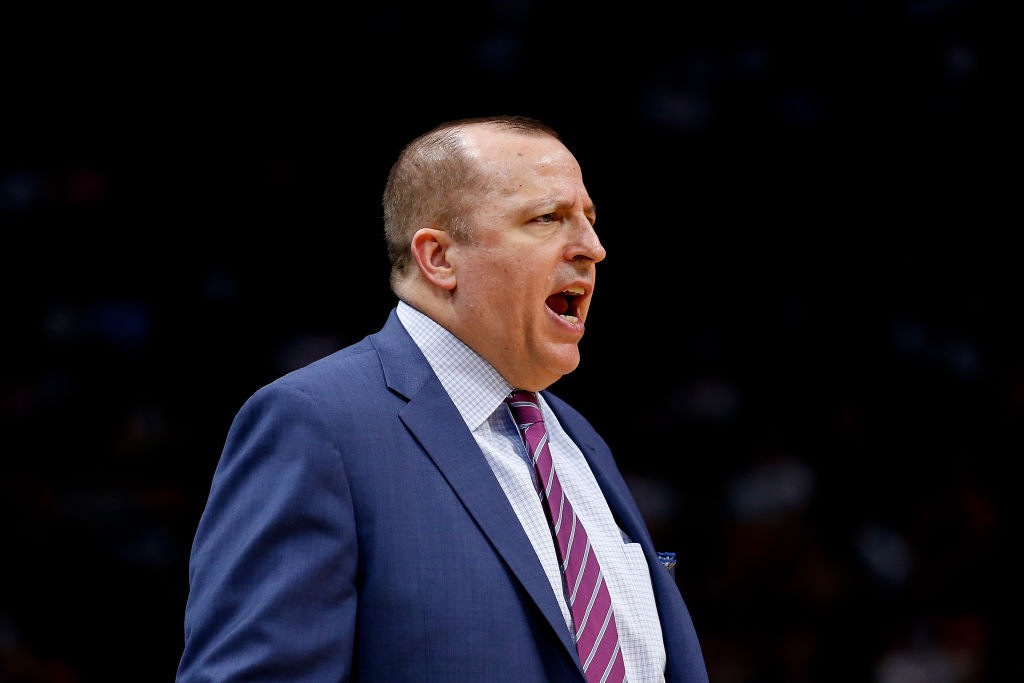 The New York Knicks will soon begin searching for a new head coach and Tom Thibodeau is at the top of the team’s list of candidates, The Athletic reports.

While the franchise’s new front office is eager to lock in an official head coach for the first time since David Fizdale was dispatched in December, incumbent interim coach Mike Miller figures to have a shot at the job as well.

The Knicks have been pleased with Miller’s run as the interim coach and will interview him as well when the formal coaching search begins.

According to The Athletic, the Knicks’ timeline for when their search begins could hinge on whether or not they’re among the teams whose seasons will resume if teams begin playing again after the hiatus.

Thibodeau’s most memorable stint as a head coach would be his five-year run with the Chicago Bulls between 2010 and 2015 but his most recent includes a brief stint with the Minnesota Timberwolves, during which he acquired Jimmy Butler and led the Wolves to the postseason.

Over the course of his career managing mostly established rosters, Thibodeau has enjoyed a .589 win percentage and made the postseason in six of his seven full seasons.

He’s a defensive-first coach that wasn’t afraid to lean on familiar players during his time with the Wolves. One of those players, Taj Gibson, is coincidentally already on the Knicks roster.