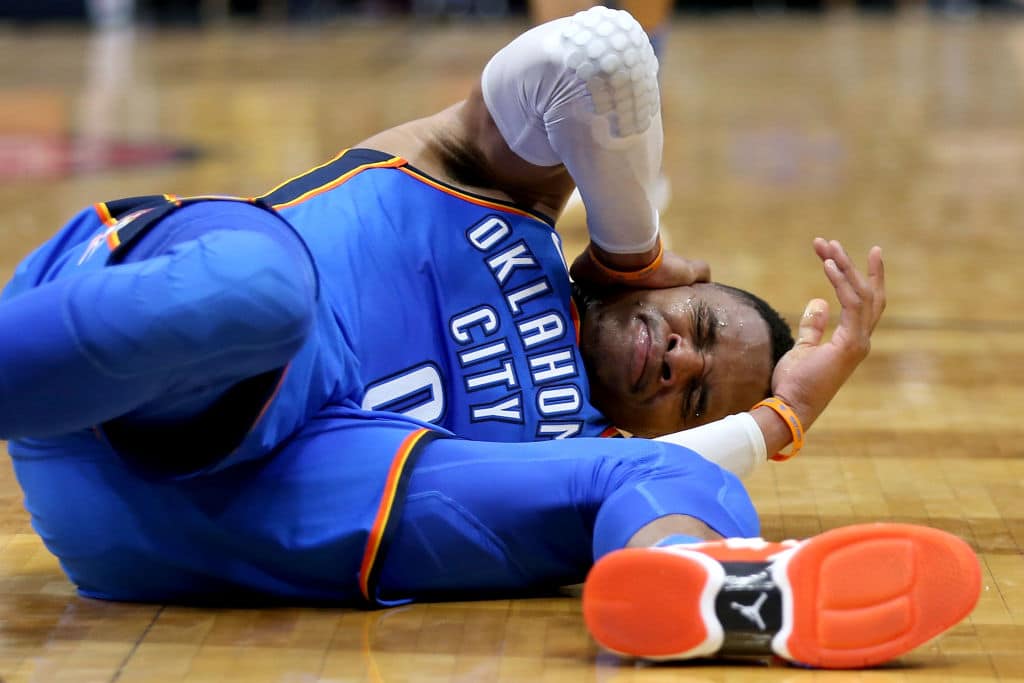 DeMarcus Cousins was booted out of Monday night’s game in OKC after referees determined that he elbowed Russell Westbrook in the head.

Should Boogie have been ejected? 🤔 (via @Ballislife) pic.twitter.com/Mlunj5q1Va

Tony Allen was pretty sure that Russ flopped in order to draw the flagrant foul on his Pelicans teammate.

Tony Allen on Cousins' flagrant on Westbrook: "I definitely think he flopped. He took advantage of Cousins’ history. He was going to get the best of that call…You saw him get right back up and miss the free throw. He missed it, so you know what that means. The ball don’t lie."

New Orleans withstood Boogie’s ejection and held on for a 114-107 road victory against the struggling Thunder.

“We didn’t think it was that fair. He doesn’t do anything intentional,” [Jrue] Holiday said of Cousins, who was assessed a flagrant foul for swinging an elbow near Thunder star Russell Westbrook’s head. “We just wanted to win for him.”

Allen said Cousins’ “emotions got the best of him,” and that his history of outbursts seems to be held against him in such situations. Allen also asserted that Westbrook “definitely” flopped.

Westbrook “took advantage of Cousins’ history. He was going to get the best of that call,” said Allen, a 14-year veteran. “You saw him get right back up and miss the free throw.”