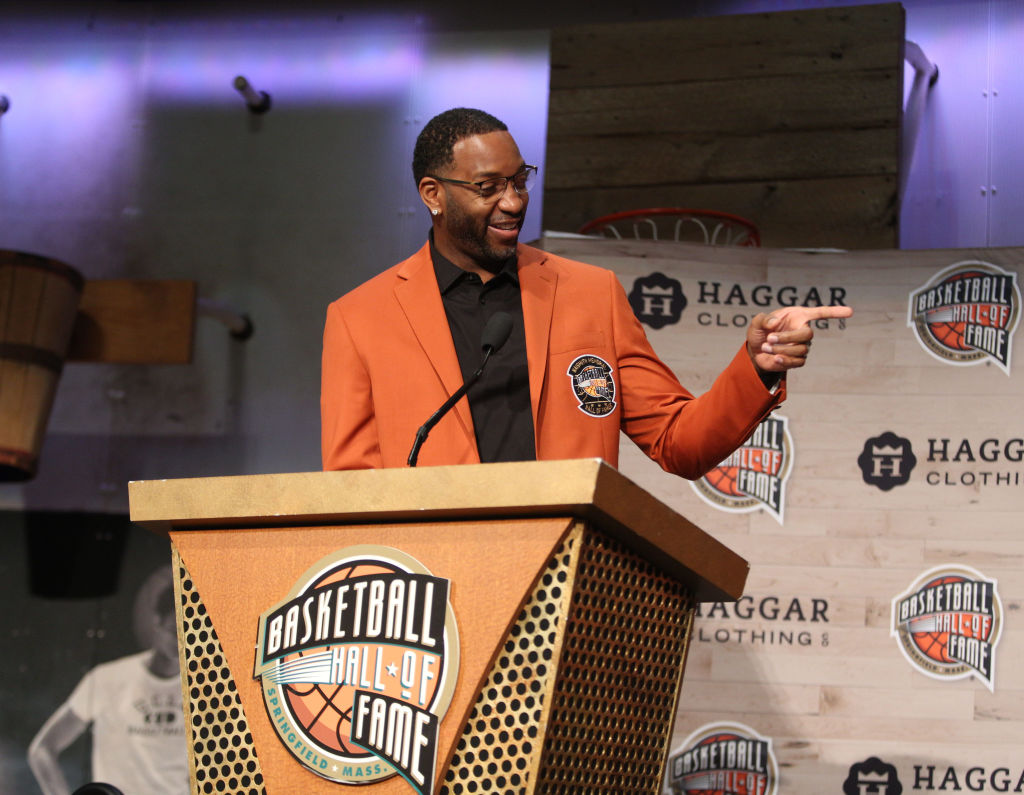 Prior to his Hall of Fame induction this weekend, Tracy McGrady fired back in his war of words with JR Smith.

T-Mac says the Cavs’ shooting guard “sounds dumb hell” for calling his thoughts on the difference between winning an NBA title and making into the HOF “dumb as hell.”

“It’s not to take anything away from champions,” McGrady said Thursday. “It’s not. But it’s a true statement that you have guys that go throw an 82-game season and the playoffs, never play a game, and at the end of the season, they’re also gonna be a part of that championship team and win. And there’s probably gonna be some guys that will be out of the season next year and won’t get back into the league.”

“I get that he had an opinion,” McGrady continued.

“Cool, I’m cool with that. But the part that I took offense was, if I was your teammate, we would have been fighting. Nah, that’s what I took offense to. Like, come on, man. Then he’s like ‘Don’t play with me about ball.’ Isn’t J.R. Smith the same guy that’s untying people’s shoes at the free throw line? That’s the same … Earl, right? Earl Smith, Jr.?”