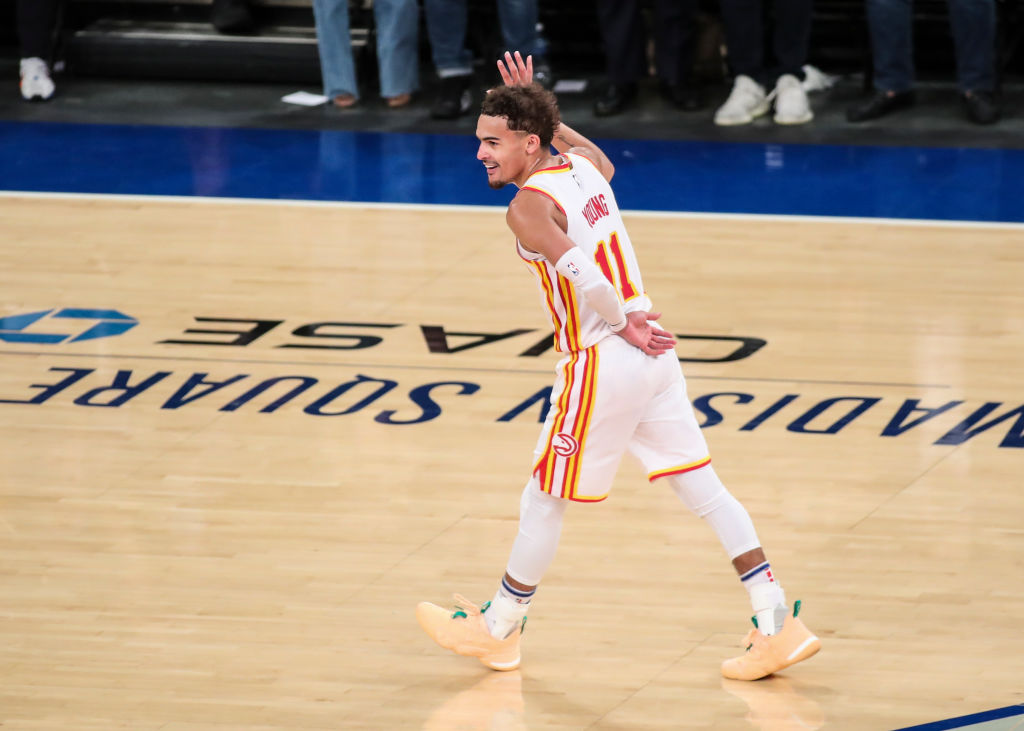 Trae Young has officially arrived, as he led the Atlanta Hawks to an opening series win over the New York Knicks. Winning 4-1, the Hawks never looked back taking control of the series early on.

Throughout this intense series of games, Young became somewhat of a villain in New York, interacting with the crowd frequently. At one point, a fan even spit on Young in a string of fan incidents in the first round of the playoffs.

Young would have a spectacular start to his playoff career, averaging 29.2 points and 9.8 assists per game.

In Game 1, he became the first player to have 25 points and 10 assists in his playoff debut since Derrick Rose did it in 2009. Young capped this night off with a game-winning floater.

In the series, Young became the third player in NBA history to lead their team in points and assists (including ties) in each of his first 5+ career NBA playoff games.

He ended the series with a dagger from beyond the arc, followed by a bow to the crowd of fans in Madison Square Garden.

After the game, he made sure to speak on what the bow meant in an interview with ESPN’s Andrew Lopez and the rest of the media.

“I know where we are. I know there’s a bunch of shows around this city. And I know what they do when the show is over.”

In the second round, Young and the Hawks will take on the Philadelphia 76ers, as Joel Embiid’s health is in question.