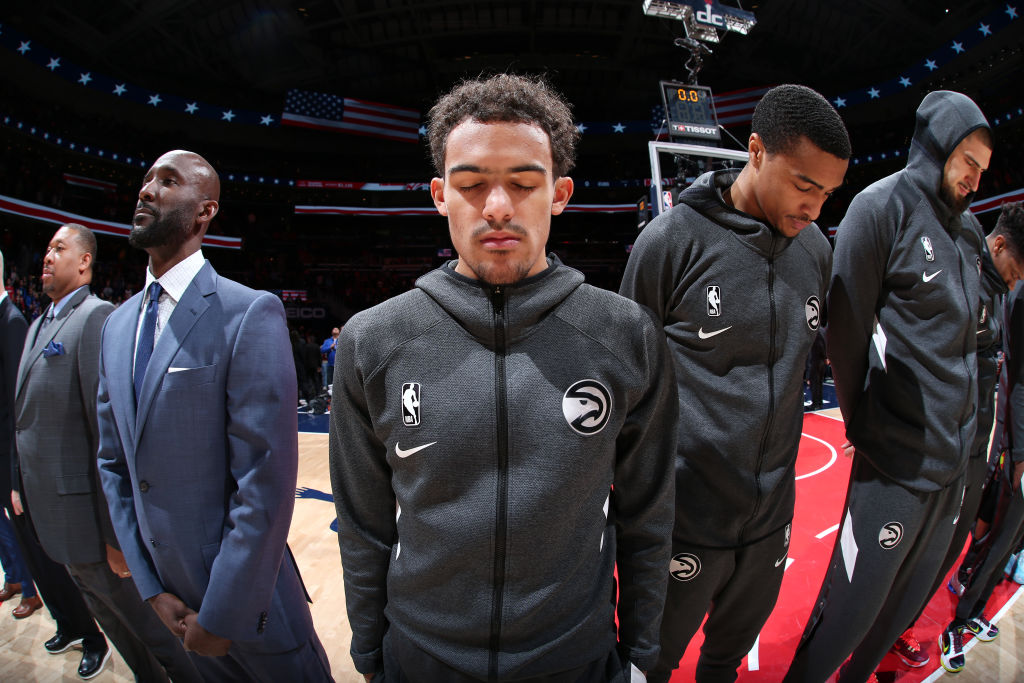 Trae Young says the Hawks would be an ideal landing spot for marquee free agents.

Young, 21, believes the future is extremely bright in Atlanta: “Why not be a part of that?”

Trae adds that he realizes he must be patient as his squad is currently focused “more on developing.”

“[Luka Doncic’s] on a team, and they’ve got more veterans and is a team that’s more looking to win now,” Young told Bleacher Report. “We’re more of a team that wants to win now, but we’re focusing more on developing, and we’re one of the youngest teams in the league. It’s just two totally different situations, so it’s just hard to really judge who won or lost [the trade] right now. I don’t really pay too much attention to it. I just try and focus on my team and how I can help my team. Maybe down the road at the end of our careers, I think that can be a topic of discussion, but right now, I don’t pay too much attention to it.”

The team’s floor general already has a sales pitch in mind as he attempts to lure more talent to the organization.

“If you’re not on a team right now where you feel like you can win now and win a championship now, why not be a part of what’s going to be winning in the future and starting something now?” Young told Bleacher Report. “I think that’s something that’s exciting. We have exciting young pieces and a city that’s excited about what we have going on and is going to be behind us. Why not be a part of that?”

[Evan] Turner, who is on his fifth team in his 10th season, believes in a few years Young will be a “cheat code” and that other players will want to play alongside him.

“I want to bring a championship, I mean multiple championships, to the city of Atlanta,” Young told Bleacher Report. “I think the fans and this city deserves it. It’s a super dope cultural city, and they just deserve a championship with the Hawks. That would be great to have. For me, if I was able to do that, I think that would be a pretty big thing in my story.”

Related Trae Young: ‘Everyone Wants to Win Now. I Want to Win Now’