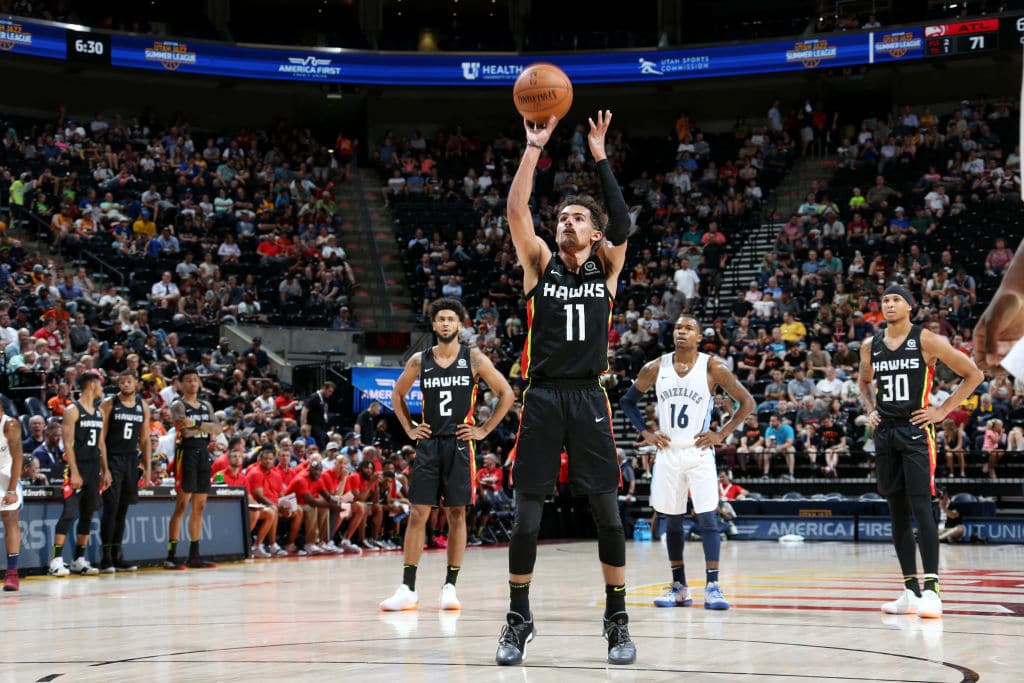 Young believes he can hit more than 13 three-pointers in a game, a mark held by Stephen Curry.

I asked Trae Young whether he could break the NBA record for 3-pointers in a single game. It's 13, and held by Steph Curry. This was his answer. Full story: https://t.co/od7yGAmcB3 pic.twitter.com/39P3FW0FKw

The rookie marksman has splashed home 12 threes in a game before.

Not even Curry’s 2006-07 freshman season at Davidson College in North Carolina compares to what Young did in his first year for the Sooners. With averages of 27.4 points and 8.7 assists a game, Young — remember, as a freshman — became the first player in NCAA history to lead the country in scoring and assists.

A consensus first-team All-American, he finished more games with 40-plus points (four) than he had with 15 or fewer points (two). He tied the NCAA single-game assists record with 22 and dropped a season-high 48 in the “Bedlam” rivalry matchup with Oklahoma State. Against Texas Christian University in January, Young hit a season-high 10 3-pointers, although he says he’s tallied 12 in a game before — a mark one shy of the NBA’s single-game 3-point record, held by none other than Curry. “I would like to break it,” Young says confidently. “I definitely feel like I’m capable of breaking it. But that’s a lot of 3s in a game. I ain’t gonna lie.”

Related
Trae Young: ‘I Try to Be Steve Nash More Than Steph [Curry]’